Home InDepth Op-Eds The Politically Foolish American Jews Get it Wrong – Again
Share on Facebook
Tweet on Twitter
Photo Credit: DonaldTrump.com
I can’t believe that I’m finding myself passionately defending U.S. Republican candidate Donald Trump and hoping (probably in vain) that he wins. I even decided to cast my vote, although I wavered back and forth about it so many times over the past several months. Trump has flaws, no doubt, but the vicious campaign against him is so disgusting that I can’t stand it, and the mainstream Jewish community is as stupid as ever.

I keep telling myself not to be so obsessed, it takes up too much time and energy, but something always happens that gets me to the core. This time, after Shabbat ended, when I saw all the hysteria about his comments regarding Democratic nominee Hillary Clinton and the “international bankers” – hysteria instigated by the likes of the agenda-driven ADL, spread by the left-wing media and swallowed by the gullible masses – I was so furious. He never mentioned the word “Jew.”

Instead, they should be worried about the Nazis of THIS generation, the Radical Islamists, and the fact that the White House has so many ties to the Muslim Brotherhood. They’re acting exactly as they did during WWII, when American Jews worshiped FDR, who was an anti-Semite, and ruined any efforts by groups like the Bergson Group, which tried to save Jews but were foiled by leading Reform Rabbi Stephen Wise and the mainstream Jewish organizations. If you don’t know what I’m talking about, check out sources like the Wyman Institute for Holocaust Studies (wymaninstitute.org).


Trump is definitely not an anti-Semite. It’s lucky he has Jewish grandchildren (unlike many of the mainstream Jews who no longer do), because if he didn’t, he could become an anti-Semite only because of all the unwarranted vicious attacks.

So many otherwise intelligent people fall for Michelle Obama’s eloquent denunciation of Trump while ignoring all of the equally repulsive information about the Clintons.

To those who worry about the likes of KKK supporting Trump, there are plenty of vicious anti-Semites on the Clinton side – modern-day anti-Semites – such as the actively anti-Israel Black Lives Matter movement and the violent anti-Semites across U.S. campuses.

I’m seriously worried about the future of America. If either of the main candidates has dictatorial tendencies, it has to be Hillary, who, for example, was involved in stealing so many votes from her Democratic competitor, Bernie Sanders. I’m no fan of Sanders, to say the least, but the American people have the right to vote for the candidate of their choice. How amazing it is that there was no uproar when that scandal broke.

The Islamic threat today is probably the most threatening situation facing not only Jews, but Western civilization, since the 1940s. The American Jewish establishment – admittedly – failed back then. But it seems they haven’t learned their lesson. 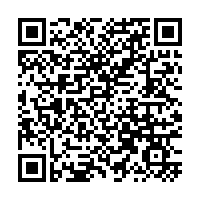