In a zeal reminiscent of the ISIS hordes destroying archaeological treasures belonging to cultures and religions before the birth of Islam, and a fervor matching that of the Arab members of UNESCO who voted to erase millennia of Jewish history in Jerusalem, MK Ahmad Tibi (Joint Arab List) on Thursday said that “There has never been any connection to the Al Aqsa Mosque to any other religion, and although I don’t wish to enter a religious dispute, there was no Temple.”

Ahmad Tibi is not a religious zealot. A gynecologist with a degree from the Hebrew University of Jerusalem, he has been a Knesset Member since 1999, and has served as deputy speaker for much of that time. He belongs to the Balad (National Democratic Assembly) faction of his Knesset list, which, at least on paper, has a secular, democracy-for-all agenda.


The dispute MK Tibi has just entered is not, as he put it, religious, but scientific, since the numerous archaeological excavations of the past few decades, including the project of sifting through the mountains of earth carved out of the Temple Mount by its supposed custodians, the Jordanian Waqf, are providing literally thousands of bits of evidence to the existence of a thriving Jewish culture in Jerusalem in general and on the Temple Mount specifically.

Why, then, would MK Tibi issue a provocative tweet with no bearing in the commonly accepted science of the day?

Because of another element in his political history which we haven’t yet presented: Tibi served as a close political advisor to PLO chief Yasser Arafat from 1993 to 1999, and represented the PA at the 1998 Wye River negotiations—despite his Israeli nationality. He had the sense to resign from this post in 1999, when he ran for the Knesset.

The Balad leader Azmi Bishara did not possess the same common sense. He was charged with treason and receiving large sums of money from a foreign agent in return for his services, as well as money laundering. He promised to return from a few days’ trip abroad to continue questioning by the authorities, but after several weeks in other Arab states he resigned from the Knesset at the Israeli Embassy in Cairo on April 22, 2007 and never returned to Israel to face court proceedings. He continued to accept his Knesset pension checks for almost four years, until, in February 2011, the Knesset passed a bill revoking pensions for lawmakers who have evaded an investigation or trial for serious offenses.

It’s quite possible that Tibi, who is also famous for his great speech commemorating the Jewish Holocaust, just couldn’t help himself on Thursday and let that tweet fly. But Tibi is a cynic, not easily given to unplanned outbursts (his short fuse is deliberately so). Watch this space for new developments. 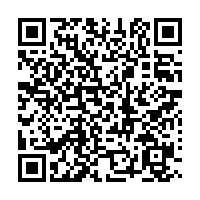