David Halbfinger’s recent article, “As Israel Pushes to Build, Bedouin Homes and School Face Demolition” (The New York Times, June 24, 2018, co-authored by Rami Nazzal) begins with a statement that sets the tone for what is to follow: “The herders are being herded.”

The implication, of course, is that Israel is treating the innocent, unfortunate Jahalin Bedouin of Khan al Ahmar like animals, but the facts of the case indicate precisely the opposite: I’m sure there are many hard-working, tax-paying citizens of Israel (and other countries all over the world) who would love to be “herded” into an all-expenses-paid, fully developed plot of land and paid tens of thousands of dollars by the state to move in. In fact, several years ago, another branch of the Jahalin clan agreed to precisely this treatment and voluntarily relocated; the families that remained in Khan al Ahmar agreed to move as well, but were bullied or patronized by their “representatives” into retracting their consent and have been dragged through Israel’s courts ever since.


The history of the illegal outpost at Khan al Ahmar includes some very interesting facts that Mr. Halbfinger neglected to mention: The Jahalin Bedouin are an offshoot of a larger tribe based in southern Israel, in the Arad region. After a blood feud broke out within the tribe, some of the families were forced out and migrated north through the Judean desert, arriving and settling in their present location after the 1973 Yom Kippur War (see aerial photographs of the area here). From day one, they knew that this would not be a permanent solution for their needs. The highway and growing communities around them were already facts of life; the Jahalin knew they would have to relocate.

Despite the claims that Mr. Halbfinger makes in his article, some 80 percent of the residents of Khan al Ahmar are employed in Ma’ale Adumim, Kfar Adumim and other Israeli communities in the area—and have been for many years. Shepherding is a hobby for most, a means of supplementing income and maintaining their connection to Bedouin folklore. The Bedouin of Khan al Ahmar, like Bedouin tribes throughout the Middle East, abandoned their nomadic existence generations ago; the structures (as opposed to tents) at Khan al Ahmar are a very good indication of this trend.

Mr. Halbfinger’s article does not mention that he was “unavailable” to meet with a representative of Regavim, the NGO that brought the original lawsuit a decade ago in an attempt to compel the Israeli authorities to enforce the law and remove the squatters’ camp. He also makes no mention of the aerial photographs that Regavim’s spokesperson provided, which prove precisely when the Bedouin set up camp in their present location inside the municipal boundaries of Kfar Adumim. More importantly, he fails to mention that four separate lawsuits were filed by the Palestinian Authority and the European Union in an effort to block the relocation of the Jahalin—and all were found to be baseless, or worse.

The “drip-drip campaign to make life so miserable” to which Mr. Halbfinger refers actually has another name; it’s called “law enforcement,” which is precisely what any other government would do if people attempted to build an illegal outpost on the outskirts of the capital city. In fact, French and British government policy regarding “relocation” of nomadic populations is clear: forcible deportation—not negotiation, not legal wrangling that wastes precious resources and chokes the Supreme Court’s calendar, and certainly not all-expense-paid relocation or land giveaways to non-citizens.

As for Mr. Halbfinger’s depiction of the encampment itself: Khan al Ahmar is not “tucked behind a highway.” It is adjacent, abutting and overlooking the highway that connects Jerusalem to the south of Israel in a strategic area that bisects the country. Countless incidents of stone-throwing and other acts of terrorism, originating in Khan al Ahmar and specifically from the mud-and-tire schoolhouse, have been documented; Mr. Halbfinger makes no attempt to present this less-attractive side of the story.

What his lopsided coverage does contain are some obvious contradictions: He describes the Khan al Ahmar home of Faisal Abu Dayhok, which he shares with his wife and six children, and their 16 ewes and rams, as unbearably cramped. From the sound of it, it’s far more cramped than the plot of land the state is willing to give them in the new location, and much, much more cramped than the plots offered by the state in each of the six alternatives offered for relocation over the years. Each of the state’s offers has been summarily rejected, either on the grounds that the plots are too small, as Mr. Halbfinger’s article implies, or because of their proximity to a non-Bedouin Arab town (precisely where the first group of relocated Jahalin Bedouin already live) or because of the site’s proximity to “an old garbage dump.” One wonders how many modern Western communities would not exist if this were a valid complaint. Has Mr. Halbfinger never been to a neighborhood built on “reclaimed” land or “landfill”?

Contrary to Mr. Halbfinger’s wildly prejudicial statements, the Israeli army will not be “wiping the community … off the map.” The community will remain intact. Its traditional culture and clan-based lifestyle fully protected and insulated from outside influences in a new location only four miles away that provides electricity, running water, a government-built schoolhouse (also connected to water and electricity) and many other basic modern “conveniences” that the Jahalin have never had—conveniences the Palestinian Authority has never made any attempt to provide.

The language employed in the Halbfinger/Nazzal article is not only unfortunate, it is inaccurate and misleading: The army did not “expropriate” the land after the 1967 Six-Day War, as Mr. Halbfinger claims. As in every other country in the world, land that is not privately owned is automatically, by definition, owned by the state, and that is precisely the nature of the land on which the Jahalin are presently situated, as well as the land to which they are supposed to relocate. The residents of Khan al Ahmar have never claimed to own the land on which they are squatting, and they were never the victims of “expropriation.”

Mr. Halbfinger’s description of the P.A.’s use of the Jahalin Bedouin as “placeholders” masks an absurdity: The Palestinian Authority and the European Union have, for more than a decade, conducted a carefully orchestrated program of creating strategically located outposts that undermines the very basis of the Oslo Accords, to which they are signatories. By creating “placeholder” encampments (which are more accurately described as illegal outposts or squatters’ camps) in strategic points throughout Area C, the P.A. has circumvented the process of negotiation that is the very heart of any peace process. Illegal construction at Khan al Ahmar and its sister settlements discourages the Palestinians from entering into negotiations of any kind regarding the future of this contested area. Why bother negotiating and compromising if the E.U. is helping create a de facto Palestinian state in Area C without the need for dialogue or compromise?

Perhaps the most disturbing aspect of Mr. Halbfinger’s article is the aspersions that he casts on the Israeli justice system: The Supreme Court’s decision to allow the evacuation of Khan al Ahmar to proceed—after more than a decade of suspended law enforcement that has seen the encampment continue to grow—is attributed by Mr. Halbfinger to bias, discrimination, even outright racism. This is nothing short of slanderous, and is patently preposterous. The Trump administration’s “diplomatic cover,” the political affiliation of the members of Israel’s current government and even the identity of the three Supreme Court justices who issued the most recent order, all of which are cited as factors in the High Court’s judgement, are completely irrelevant: The case of Khan al Ahmar has been on the High Court of Justice’s calendar for more than a decade.

The specious claims of the P.A. and the constantly shifting narrative spun around this flagship outpost have been presented in four separate Supreme Court petitions—and have been rejected time after time, by a dozen Supreme Court justices. The panel that handed down the most recent decision noted that the state has attempted to reach a mutually acceptable arrangement for over a decade, but the P.A. has clearly been waging “lawfare” against Israel and has taken advantage of the state’s reticence to forcibly relocate the Jahalin in order to create facts on the ground. The court’s recent decision, in short, called the P.A.’s bluff: Either present a viable, legal alternative for the Jahalin Bedouin’s relocation, or the State of Israel’s plan, although imperfect, will be set in motion. This decision can hardly be attributed to bias. It is, at last, a statement of straightforward common sense.

Perhaps the tone of the article and its clearly biased treatment of the case of Khan al Ahmar may be attributed to Mr. Halbfinger’s co-author, Rami Nazzal, who has “extensive journalistic experience for outlets like The New York Times, TIME, Reuters [and] Der Spiegel,” according to his website. Not coincidentally, Mr. Nazzal is also founder of “Beyond Borders Tours,” a company whose website glorifies terrorists, including the notorious Leila Khaled, and portrays Israelis as threatening, gun-wielding, jackbooted soldiers.

The article quotes Eid Abu Khamis, a resident of Khan al Ahmar, and his naïve call to the international community, “Where are the laws?” This is disingenuous at best: As Mr. Halbfinger knows (or should know) international law is quite clear about who is responsible for issuing building permits and enforcing the law in this area. Whether Israel is considered an occupying power, a temporary custodian until a final peace agreement is reached or the sovereign power in an area that has never fallen under any other sovereignty, Khan al Ahmar is an illegal outpost, created and supported by the Palestinian Authority, the European Union and EU member-states, in complete violation of international law.

As Mr. Halbfinger should also know, the State of Israel has granted building permits for thousands of residential units in the Arab sector. In the years during which the Khan al Ahmar petitions were submitted to the Supreme Court, Israel’s Planning Commission processed and approved nearly 14,000 residential units in the Arab sector. None of the units authorized for construction were located on a major highway, none of the homes built were strewn across vast tracts of strategically critical land and none were embedded within the municipal boundaries of an already approved and growing municipality, as is Khan al Ahmar.

The State of Israel is willing to be a haven for the Jahalin Bedouin, even though they are citizens of the P.A. Like others who live under Israeli rule, the Bedouin will continue to benefit from all Israel has to offer. Mr. Halbfinger’s recent article demonstrates either gullibility or partiality; either way, the impression it creates of the issues contested at Khan al Ahmar should not be allowed to stand unchallenged. 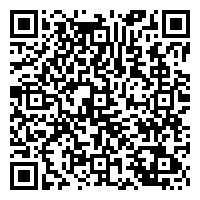