Judge Ami Kobo of the Central District Court in Lod this weekend ordered the Evaluation Service of the Ministry of Social Affairs and Social Services—contrary to the position of the State Attorney’s Office—to submit a supplementary report on the case of the minor defendant in the Duma arson/murder case, examining the possibility of his release to house arrest.

The judge instructed the service to consider an ankle monitor for the defendant.


The accused has been in solitary confinement since late 2015, and has undergone interrogation under torture.

The court’s decision comes sooner than expected, according to legal aid society Honenu, as the judge initially scheduled his ruling the matter for this Thursday. The agency’s report is due this Wednesday.

Honenu attorney Adi Kedar, who together with attorney Zion Amir represents the minor, said in a statement: “Immediately following the decision in the preliminary trial, we submitted a request to order the release of the defendant. Unfortunately, and to our dismay, the prosecution strongly opposed our request. Their resistance is misplaced, and does not respect the court’s decision.”

“A person should not be automatically remanded to custody – certainly not a minor and certainly not after two and a half years behind bars,” Kedar continued, adding, “And especially after such a ruling (which rejected all the defendant’s confessions given under torture), I would expect the State Prosecutor’s Office to release him.”

“A release does not constitute consent to his innocence, but continues the process in a fair and proper manner,” Kedar said. “I am glad that the court is advancing with us step by step and has ordered the submission of a supplementary report. I hope that this review will bring about the quick release of the defendant, after all the hardships he has endured.” 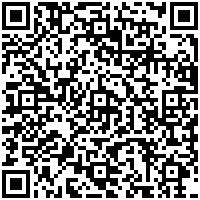