Education Minister and member of the Political-Security Cabinet, Naftali Bennett (Habayit Hayehudi), on Sunday attacked the defense establishment on the handling of kite terrorism from the Gaza Strip. “The security establishment is trapped in the perception that every problem has a technological solution,” Bennett tweeted. “Now it’s with exploding kites and fires. I advocate deterrence and constant friction. Anyone who launches a kite or a balloon with explosives is a terrorist. I do not see a fundamental difference between firing rockets and launching kites.”

Bennett explained in an interview with historian Uri Milstein in Ma’ariv on Saturday night when he lost his blind faith in the IDF, and dared to confront the fact that the fear of losing soldiers’ lives paralyzes the security apparatus.


Bennett, 46, aspired to become Defense Minister after the last elections. He still aspires to it, and sees himself as the natural leader of the entire national camp – not only of the knitted yarmulkes.

The latest polls are not flattering to his Jewish home party. A new poll, conducted by Mina Tzemach for Yedioth Ahronoth last Wednesday, shows Habayit Hayehudi winning only 7 seats (compared with 8 in the current Knesset), compared with the Likud which will run away with 33. Nevertheless, Bennett is already preparing himself for the day he will enter the defense ministry hub in the Kirya section of Tel Aviv.

“Every Sunday I meet the head of the National Security Council and receive a review from him, without time limits,” he told Milstein. “As Education Minister, I invest most of my time in education, but as member of the cabinet, I make sure to study Israel’s security problems on an ongoing basis.”

But when Netanyahu cobbles his fifth coalition government, he will probably prefer to conduct the main negotiations with Yair Lapid, whose party Yesh Atid receives 18 seats according to the same Mina Tzemach poll. Netanyahu would prefer to leave Avigdor Liberman at the helm in the Defense Ministry and humiliate Habayit Hayehudi, his real rival on the national religious right. It is not even certain that Bennett’s loyal partner, Justice Minister Ayelet Shaked, will retain her office.

Nevertheless, it’s hard not to be impressed by Bennett’s simple decisiveness on security issues, and to conclude that he would be the most right-wing defense minister in Israel’s history.

“If tomorrow we leave Judea and Samaria and keep only the army there, five years later we will also extract the army. No army will be left where there are no civilians,” he argues. “This is the answer to those who say that the settlements are a burden on the IDF – it’s true in the microscopic range, but it is a desirable burden. Because this burden requires comprehensive security, and today Judea and Samaria is a pretty safe place.”

“There are attacks here and there,” he concedes, “but a total of half a million Israelis live there, and not once have they endured mortar shells or terror tunnels. This is because we are there, in continuous contact, doing constant work to stop terrorists or terror suspects at three in the morning, in their beds, interrogate them, identify another three and arrest them, too.”

“It works,” he stresses unabashedly. “You are constantly vigilant, and as a result today there is no terror infrastructure in Judea and Samaria that’s able from one day to the next to pose a significant threat.”

“The price is continuous friction. It’s not pleasant, it’s not fun, here and there a soldier is killed in a refugee camp. This is the price,” the hopeful next Defense minister Naftali Bennett says. “The reward is that we do not have buses exploding in Tel Aviv and Jerusalem. It’s not because of the fence. It’s because of the fundamental work.” 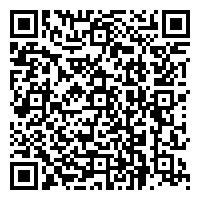