The ultimate hypocrisy: MKs who voted in favor of the crime of the Gush Katif Disengagement condemn a man whose Jewish values prohibit the transfer of civilians.

The Likud said nothing new in its wild attack this week against Naftali Bennett. As early as 1,936 years ago, King Yanai warned his wife, Salome, against the hypocrites: “Fear not the Pharisees nor the Sadducees, but the hypocrites, who commit the act of Zimri and demand the wages of Pinehas.”


The hypocrisy in our story belongs to the Likud—the very same Likud which did not bat an eyelash when it engaged, with noticeable glee, in the incomparable crime of deporting the Gush Katif settlers—is now attacking Bennett, who simply stated that there are situations in which Jewish and universal values supercede any other value, and that in the case of expulsion, an individual soldier is obligated to request that his commanding officer release him from that despicable assignment. The Likud, which led the ethnic cleansing of Jews—simply because of their being Jewish—in Yamit (1987), Gush Katif (2005), Amona (2006), and Migron, Yair Farm and Ulpana Hill (2011-12) is the one bitterly decrying Bennett’s moral stance. It’s the peak of hypocrisy, it’s a case of the robbed Cossack.

It’s hard to tell what exactly bothers Netanyahu the most when he looks at Bennett. Maybe because of Bennett’s statement: “Right now they’re viewing us as the state’s chaplain. We don’t matter to Netanyahu. Not regarding Supreme Court cases, not regarding the settlement freeze, not regarding the appointment of Barak as Defense Minister. This has to change.” Maybe that’s scaring Netanyahu.

In his eagerness to block Bennett, Netanyahu behaved like the Hollywood gangster who commits robbery in broad daylight, discovers to his alarm that a group of citizens are chasing him, yelling “Stop, thief!” and so he points his finger at an innocent bystander and yells: “Stop, thief!”

The gangster in this fable is, forgive my insolence, Benjamin Netanyahu. This major partner in the crime of deportation of Jews, who avoided emphatically any attempt on his part of halting that unforgivable moral- security- and national disaster, now joins the chase after Bennett, yelling “Refusnik! Refusnik!” This leader who could have bought his place in Heaven if only he had refused, back in 2005, to partake in Ariel Sharon’s immoral gimmickry, is pillorying the one human being who speaks for Jewish values. It’s the ultimate absurdity.

Hypocrisy has been celebrated in earnest recently over at Likud. Because, had Netanyahu been a man of truth, promising that he would not admit into his government anyone who called on soldiers to refuse orders (although, in fact, Bennett did no such thing, he merely expressed a personal opinion) he would have had to fire Minister Uzi Landau who read into the Knesset transcript in May, 1995, during a debate over coming down from the Golan Heights: “A law that does not pass the values test does not exist in the eyes of people with values… A government order to evacuate a Jewish settlement does not pass the values test… Whoever dares to send our security forces to evacuate a settlement would be committing a clearly illegal act over which flies a black flag.”

The same Netanyahu must also remove Likud MK Tzipi Hotoveli, who said in April, 2010: “There’s such a thing as proper refusal… When a soldier is willing to give his life to defend this country, for this nation. If the soldier is willing to die in Gaza to defend Sderot and Ashkelon, and he experiences a real problem of conscience – that would be his litmus test. If he is truly ready to give his life, it means he is not a politician, he’s not waving signs. He is a man with a high sense of conscience and morality.”

Except that only Uzi Landau and Tzipi Hotoveli are the true Likudniks in this story. Like Menachem Begin, who said clearly at the Knesset, back in 1955: “The free man is entitled, and sometimes even obligated, regarding issues of irrevocable rights, to transgress formal directives, should said directives threaten those rights, provided that he is then willing to accept responsibility for his action.” And even Ariel Sharon said, during the struggle over Oslo (in the summer of 1995): “If a soldier feels that the command he was given contradicts his conscience, he must approach personally… appear before his commanding officer, and explain it to him, and be prepared to accept the consequences.” 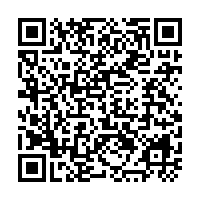