Israel’s longtime Prime Minister Benjamin Netanyahu will soon be welcomed to the White House by newly elected President Donald Trump. What can we expect from this initial meeting between two strong-willed national leaders?


I know them both — Netanyahu better than Trump — and I believe they will get along well. They are both no-nonsense pragmatists who understand the relationship between economic development and political progress. We all know of Trump’s business background and focus on jobs and trade. Less well-known is Netanyahu’s business background. Like Trump, Netanyahu went to business school and began his career as a businessman, working for Boston Consulting Group. When he entered politics, he helped transform Israel from an agrarian-based economy into “start-up nation,” which has become a technological superpower with a strong economy. He is the Alexander Hamilton of Israel, to David Ben Gurion’s Jefferson. Trump has to admire that.

Each leader would like to be the one who succeeds in bringing a peaceful resolution to the Israeli-Palestinian conflict. So many others — people of good will and considerable effort — have been unable to achieve this goal. There is no certainty that Trump and Netanyahu can succeed when so many others have come close but have never been able to close the deal. Both are respected for their deal-making capabilities — Trump in business, Netanyahu in domestic politics.

But there are considerable barriers to achieving a peaceful resolution. Netanyahu and his Palestinian counterpart, Mahmoud Abbas, each have domestic constituencies that would oppose the compromise necessary to achieve a two-state solution. Some of Netanyahu’s right-wing coalition partners oppose a two-state solution in which Israel would turn over most of the West Bank to establish a Palestinian state. And many West Bank Palestinians — not to mention Hamas in Gaza — oppose recognizing the legitimacy of Israel as the nation-state of the Jewish people. They also demand the “return” of millions of Palestinian refugees to Israel, despite the reality that there are probably only a hundred thousand or so actual refugees who themselves left Israel in 1948-1949, many voluntarily.

It must be remembered that Israel has twice in recent times offered the Palestinians a state on 95 percent of the West Bank. In 2000-2001, then Prime Minister Ehud Barak and then President Bill Clinton made a generous offer. Yasser Arafat, who was being advised by Jimmy Carter, rejected it and started a violent intifada, in which more than 4000 people were killed. Then in 2008, Prime Minister Ehud Olmert made an even more generous offer, to which Mahmoud Abbas did not respond. And in 2005, Prime Minister Ariel Sharon unilaterally ended the military occupation and settlements in the Gaza Strip, only to be greeted with thousands of rocket attacks and terror tunnels from Hamas.

Much has changed since these Israeli offers and actions. The current Israeli government is not likely to offer more than what was rejected by the Palestinians. So the pressure must now be placed on the Palestinian leadership to make good faith counter-offers. That pressure can only come from the United States. This is so because the rest of the international community — the United Nations, the European Union, the Courts in the Hague, the BDS movement — all disincentivize the Palestinians from making compromises, by falsely telling them they can get a state without negotiating with Israel.

President Trump must make it crystal clear that unless the Palestinians negotiate a reasonable solution with Israel, they will never have a state. President Obama did not send that message with clarity, especially when he ordered his United Nations Representative to allow a one-sided anti-Israel resolution to be passed by the Security Council.

President Trump must reassure Prime Minister Netanyahu that he will apply pressure — perhaps through our Sunni allies — on the Palestinian Authority, and not only on Israel, as the Obama Administration did. History shows that American administrations that really have Israel’s back — not to stab, but to support — are more likely to persuade Israel to offer compromises.

So I hope that Benjamin Netanyahu will emerge from the White House meeting with the confidence in American support to stand up to those in his cabinet who oppose the two-state solution and who want to expand settlement activity. And I hope the Palestinian leadership will understand that they have no option other than to accept the Netanyahu offer to negotiate anywhere, anytime, and with no preconditions. Perhaps then we will finally see a reasonable resolution to the age-old conflict. 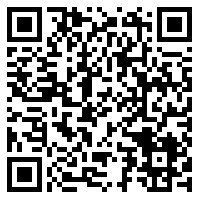