{Originally posted to the FrontPage Magazine website}
Seen from above, the 2016 electoral map of New York City is blue with dots of red. Trump’s home district is blue, but across the water a red wedge slices into Brooklyn. Around that red wedge are districts where Hillary won 90 percent of the vote and Trump was lucky to get 5 percent. Inside it, he beat her in district after district.

The voters who handed him that victory are the Chassidic Jews of Williamsburg who dress in fur hats and black caftans. Their districts, crammed in by hipsters and minorities, are a world away from the progressive activist temples whose clergy went into mourning at Hillary’s loss.


East of Prospect Park, in a vast sea of blue, is what looks like a red sofa. Trump won here with the Chabad Chassidim of Crown Heights. He won in the more mainstream Orthodox Jewish communities of Flatbush. He won by huge margins among the Russian Jewish immigrants of Brighton Beach who listen to a man dubbed the “Russian Rush Limbaugh.”

“You can compare them to Rust Belt voters,” a Forward source states. “They are hardworking people, not college educated.”

And then in Far Rockaway where the housing projects by the beach give way to the red Orthodox Jewish communities that extend into Long Island.

There’s a line that recurs again and again in the attacks on David Friedman; the man picked by President-elect Trump to serve as the ambassador to Israel. It’s not stated openly. It’s implied.

“David Friedman, a bankruptcy lawyer from Long Island,” is the sneering summary.

Remnick, the New Yorker’s left-wing editor, took the sneering to a new level, titling his smear as “Trump’s Daily Bankruptcy.” Jewish identity, he declares, has never been a matter of “bankruptcy law.”

To a certain class of elites, it is self-evidently absurd that a bankruptcy lawyer from Long Island be appointed to anything or be listened to about anything. David Remnick is a Washington Post man married to a New York Times woman who went on to inherit the editorship of the New Yorker and turn it into a left-wing echo chamber. He lives in a $3.25 million four-bedroom Manhattan apartment with a wood-burning fireplace.

And David Friedman is the Orthodox son of a Rabbi from Woodmere who still lives there. His father was a Republican who hosted President Reagan. He might occasionally be allowed to read the New Yorker.

And that’s about it.

Yet it’s hard to think of anything that might recommend Friedman more to Trump.

Over at New York Magazine, Frank Rich and Fran Leibowitz famously chuckled over Trump being “a poor person’s idea of a rich person.” David Brooks, the token slightly right of the left voice at the New York Times, full of contempt for Trump, in an infamous moment, studied Obama’s “perfectly creased pant” and came to the conclusion that, “he’ll be a very good president.”

“I divide people into people who talk like us and who don’t talk like us,” Brooks has said.

Obama spoke like one of the collective “us”. Trump and Friedman don’t talk like “us”. Their voices are distinctly working class. Their New York values are those of a grittier and grimier country.

Trump’s calling card was, “Make America Great Again”. Obama’s was a memoir about race and identity that was a hit on college campuses. Two cultures could hardly be further apart.

The internal war in America and among Jews over Trump is not just about politics, it’s also about class. Trump’s victory was the uprising of a cultural underclass. That is equally true among Jews.

The same divide exists between the slick branding of J Street’s conferences stocked with self-appointed thought leaders who have never worked for a living and the hard-working Jewish communities who loathe the New York Times for its hostility to Israel. These are the Jews who have never been represented in national politics. Whom most of the left didn’t even know existed.

Friedman’s appointment led leftists like Remnick to undertake a baffled archeological survey of Arutz Sheva: a popular pro-Israel news site that no one at the New Yorker had ever heard of. The elites of the left have suddenly had to grapple with the existence of people who don’t talk like “us” or think like “us”.

And that for many voters, non-Jewish and Jewish, encompassed the thrill of Trump. Voting for Trump forced the elites that had ignored them out to acknowledge their existence for the very first time.

The split is as real among Jews as it is in the rest of America. Trump’s victory allowed Jewish communities that had been shut out of the national dialogue to have a voice. The divide over Israel is not only about policy, but about culture and class. The divide between readers of the Jewish Press and the Forward is as real as the yawning gap between country music listeners and the NPR audiences.

Trump and Obama both have inner circles filled with Jews. But they are as different as David Remnick is from David Friedman, as Jan Schakowsky is from Boris Epshteyn, or as J Street’s Jeremy Ben Ami is from Jason Greenblatt, a Trump advisor who performed armed guard duty while studying in Israel.

Obama is legitimately baffled by accusations of anti-Semitism. His inner circle of left-wing Jews agree with him that the Jewish State is the problem and aiding Islamic terrorists is the solution. His echo chamber elevated marginal left-wing organizations like J Street or Yeshivat Chovevei Torah into representatives of American Jews. Meanwhile his people, like ADL boss Jonathan Greenblatt, took over already liberal Jewish organizations and turned them into lobbies for his anti-Israel agenda.

Now suddenly the President-elect is surrounded by a very different breed of Jews. Instead of tenured academics, progressive journalists and irreligious clergy for whom Jewish values, like American values, mean appeasement and surrender to terrorists, a very different kind of Trump Jew is now on the rise.

Trump’s Jews are scrappy businessmen and tough lawyers. They live in traditional suburban communities instead of hip urban neighborhoods. They are more likely to be religiously devout and have large families. And they don’t look or sound like the “us” of the leftist elites. They don’t have the “perfectly creased pant”. Instead they look like the suburban dads and granddads that they are.

It’s not just the substance of their message, pro-American, pro-Israel and pro-work, that horrifies the Remnicks of the left. It’s the conviction that they’re part of a social underclass that doesn’t belong on stage. The Remnicks have worked hard to ape the manners and attitudes of their progressive betters. There was a time when his ilk dared to be pro-Israel. But when the liberals went left, they went with them. They justified their betrayal by blaming Israel for “moving to the right” and alienating them.

But Trump’s Jews, whether it’s his advisers, who look like every other professional or small businessman in Long Island or Teaneck, or the Chassidic and Haredi Jews of Brooklyn who voted for him, make no apologies for who they are. They pray toward Jerusalem, not Martha’s Vineyard. They do not cringe inwardly when Israel takes out a terrorist. They are not politically correct. They are Biblically correct.

They are not ashamed of their Jewishness. And now their voice is being heard.

In the fall of ’84, President Ronald Reagan showed up at the home of a Long Island Rabbi for a Sabbath meal. David Friedman’s mother spent three days shopping and prepared stuffed chicken cutlets, apricot noodle pudding and an apple crumb cake. Reagan toasted her as “a woman who makes a meal better than a state dinner.” Meanwhile outside, left-wingers protested hysterically against the visit.

At Rabbi Friedman’s synagogue, President Reagan declared, “the so-called anti-Zionists that we hear in the United Nations is just another mask in some quarters for vicious anti-Semitism. And that’s something the United States will not tolerate wherever it is, no matter how subtle it may be.”

The United States has tolerated it for far too long from Barack Hussein Obama.

When Rabbi Friedman passed away, Donald J. Trump, a future Republican president, drove to Long Island through a snowstorm to pay a condolence call to his son. Trump has chosen the man who sat at the table with President Reagan, that “bankruptcy lawyer from Long Island” as ambassador to Israel.

The left is so angry because it senses that it is losing the culture war within the Jewish community. The future does not belong to David Remnick. It belongs to David Friedman. 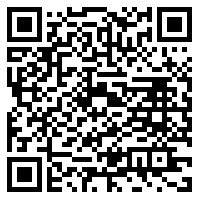