At the end of this week’s parsha, we see what could be described as a meltdown in the Jewish camp. Pharaoh’s response to Moshe’s demands is to make the Jews’ workload more unbearable. In turn, the Jewish leaders confront Moshe and challenge his leadership, the end result of which is his own complaint to God (5:22), “Why did you cause evil to this people: Why have you sent me?” Though God does not respond with overt anger, the rabbis (Sanhedrin 110) understand Moshe’s questions as a failing. They point out that the forefathers didn’t act this way when events seemed to contradict God’s promises, and that the same faith was expected of Moshe. Rashi quotes this interpretation, according to which Moshe was resultantly disqualified from seeing the next big salvation that would occur when the Jews would enter the Land of Israel.


But the issue seems even more blatant. For in the case of the forefathers, the challenges were much more obvious – as for example when God commanded Avraham to sacrifice Yitzchak even though He had promised that Avraham’s progeny would come from him. Here, however, Moshe should not have been surprised by the turn of events. Indeed, many commentators are puzzled: God had already told him that He would harden Pharaoh’s heart and that he would not send the Jews out until God would need to threaten to kill Egypt’s first born (4:21-23). Various answers to this question are offered. The most original may be that of the Torah Temimah, who explains that Moshe was only pretending to doubt God’s promises. In this way, he would deflect some of God’s anger against the Jewish people for their own lack of faith.

In fact, I believe the answer is to be found elsewhere. Just as the leaders did not blame God, so too Moshe. The Jewish leaders blamed him, and he likewise blamed himself. Looking carefully at Moshe’s complaint, the focus is really self-directed. He is essentially saying, “The reason You are not helping is because I botched it up; it is a pity that the Jewish people have to suffer the consequences of my incompetence.” R. S. R. Hirsch writes in a similar vein, though he still feels that Moshe’s challenge is mostly towards God. That is because he understands Moshe’s two questions mentioned here at the top as two separate questions. But I am not convinced. As I understand it, the second question is a restatement of the first one, and to be understood as follows: “I don’t understand why You would do such an evil to the Jewish people as making me their leader?” Hence, Moshe’s plea is not so much that God change His course of action towards the Egyptians, but rather to have himself replaced as leader.

This is, of course, totally consonant with we know from the rest of the parsha: When God summons Moshe to take on the leadership, he mightily and protractedly tries to refuse. As I have written elsewhere, Moshe sincerely does not see how it is possible for him to succeed as leader. But in the end, he is forced to become the leader nonetheless.

We must remember that our story takes place shortly after this debate that Moshe had with God. Given the strength of his earlier convictions about his inability to lead, it would not take too much to confirm what he was already convinced of. That things turned even more poorly than expected would make such confirmation all the more effortless.

Though we are now more equipped to understand Moshe’s questions to God, they still remain a failure on his part. When God ordered him to be the leader, Moshe wasn’t just being asked to accept God’s command. He was also being asked to change his attitude. One can read events more than one way. And had Moshe truly changed his attitude, he would not have responded as he did. He would have known that he had done all that he could and that the rest was up to God. What prevented such a response was being stuck in his previous self-image.

This is also how we may understand the rabbis’ statement above: When the Avot saw events that could easily be read in a way they knew was not to God’s liking, they avoided reading them that way – even if it seemed to be obvious. Perhaps this is why the rabbis also say that we are obligated to specifically ask ourselves, “When will my actions reach the actions of Avraham, Yitzchak and Ya’akov” (Tanna De-bei Eliyahu Rabba 23). While Moshe may have eventually become even greater than they, we must always strive for the faith of his predecessors and for the inner flexibility that such true faith brings with it. 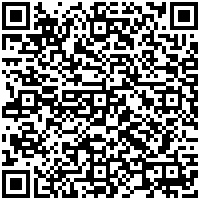