One year after they signed the Joint Comprehensive Plan of Action, popularly known as the Iran deal, the Iranians are secretly attempting to procure illicit nuclear technology and equipment. So says Germany’s domestic intelligence agency.

It appears the mullahs are supremely confident that America and the West will do nothing to enforce the agreement.


Looking back on the Iran nuclear deal and the singular role Iran’s American lobby, the National Iranian American Council (NIAC), played in the formulation and promotion of the agreement, it’s clear that Iranian Supreme Leader Ayatollah Ali Khamenei’s past experience with President Obama has given him good reason to believe the current U.S. administration will continue to play ball.

Iran designated NIAC as the Iranian lobby in the U.S. and coordinated its efforts with government agencies in Tehran. To its American audience, NIAC, founded in 2002 by Iranian Trita Parsi, presented itself as “the largest grassroots Iranian-American organization advancing the interests of the Iranian-American community.” But only our government seemed to believe this. When polled, Iranian Americans felt that NIAC was a lobby for the ayatollah’s Islamic Republic.

From its inception, years before the Obama presidency, DC-based NIAC and its allies advocated that the U.S. offer broad “economic, security, and diplomatic concessions” to Iran; “embark on a policy of unconditional dialogue and sanctions relief” to normalize relations; and in the interest of regional stability, encourage an Iranian “sphere of influence.”

Much of what we know about NIAC’s activities comes from internal documents of a 2008 defamation lawsuit NIAC filed against an Iranian U.S. journalist who had called NIAC and Parsi “key players in the lobby enterprise of Tehran’s ayatollahs in the United States.”

Court evidence exposed NIAC’s central role in promoting Iran’s geopolitical interests. Parsi, NIAC’s first and only president, has ties to Tehran and maintains a long-term working relationship with Iranian Foreign Minister and chief nuclear negotiator Mohammad Javad Zarif. The court dismissed the case in 2013 and found that Parsi’s work for NIAC was “not inconsistent with the idea that he was first and foremost an advocate for the [Iranian] regime.”

Parsi dangled “access to Iranian markets” before various business interests. Perhaps Boeing was one of them? He advocated “respecting” the Islamic Republic, insisting that Iran and the U.S. shared common goals. A 2008 NIAC document stated that, in one month, NIAC met with more than 50 Democratic and Republican members of Congress.

In articles and a book, Parsi urged the U.S. to distance itself from Israel, “the sole force behind…the sanctions against Iran,” and launched a campaign to minimize the importance of Iran’s systemic anti-Semitism, which he called irrelevant.

The 2008 election of Obama gave the Iranian lobby an ally in the White House. Had Khamenei been able to personally select a U.S. president, he could not have chosen one more aligned with his goals than Obama. Both were convinced that the U.S. was the source of problems around the globe and both were committed to U.S. disengagement from the Middle East.

During his 2008 presidential campaign, Obama used a secret back channel to Tehran via William Miller, former U.S. ambassador to Iran, to assure Khamenei that he would like Obama’s policies.

Throughout his first term, Obama displayed his eagerness to engage with Iran, sending letters to Khamenei and repeating NIAC’s talking points regarding Iran’s important potential leadership role and the need for rapprochement.

In his second term, no longer restrained by reelection realities, the American president pushed detente with the terror state and a nuclear deal in keeping with NIAC’s lobbying goals. The Obama administration defined the Iran situation as a choice between “a nuclear deal or war,” a dichotomy straight out of NIAC’s (and Iran’s) playbook.

In December 2014, Obama told National Public Radio that Iran’s “legitimate aspirations” should be respected. He speculated that the Islamic Republic “could be a very successful regional power.” Interviewed in The Atlantic, Obama claimed the regime’s anti-Semitism is just an “organizing tool” used “at the margins” and didn’t override Tehran’s other strategic interests. Again, NIAC messaging. Convinced that Israel was an impediment to rapprochement with Iran, Obama put “daylight” between Washington and Jerusalem, a recommendation promoted by Parsi.

The Iranians used their influence to manipulate a malleable, inexperienced American president – a man predisposed to the idea of Iranian Middle East hegemony – to capitulate to the world’s most prolific state sponsor of terror. They realized Obama was desperate for a nuclear deal to jump-start his transformative foreign policy legacy, and used this vulnerability.

In David Samuels’s New York Times Magazine interview in May, Ben Rhodes, Obama’s deputy national security adviser, bragged about creating an “echo chamber” within the media and organizations outside of the White House to sell the Iran nuclear deal to the public. He failed to mention that it was Iran – through NIAC – that created an “echo chamber” within the Obama administration to promote the deal in the first place.

Khamenei took the measure of our president and played Obama like a fiddle, with NIAC as its bow. He’s now reaping the benefits of this sophisticated shell game. 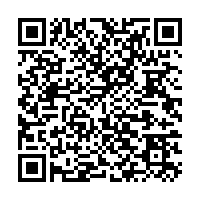