From the coverage they get in the media – newspapers, magazines, websites, social media, blogs, YouTube videos, etc. – one would think Jews represent a significant portion of the world’s population, not the miniscule 0.2 percent they actually do.

But if their numbers are so small, why is there such disproportionate coverage of Jews and Israel?


One’s first inclination might be to attribute the lopsided attention to anti-Semitism, especially since much of the media coverage is negative. The answer, however, may not be so simple.

Ask yourself this question: Why is anyone obsessed with anything? Why are people obsessed with British royalty? Or particular songs, games, sports teams, TV shows, or health regimens?

Not, in almost all cases, because they hate them. Just the opposite, in fact.

While obsessions may be unhealthy in and of themselves, there come in both positive and negative varieties.

Indeed, a complex amalgamation of factors may be behind many people’s all-consuming interest in Jews. For some, anti-Semitism is an obsession. They are overwhelmed by their hatred in the manner of a pathological sickness. Others may start out with indifference or a passive dislike of Jews but their feelings harden as they are exposed to anti-Semitism on the Internet and in anti-Israel campaigns like the Boycott, Divestment and Sanctions Movement.

Many of the most influential media outlets routinely cast Israel in a bad light, with print and online articles and TV news programs emphasizing Palestinian injuries and deaths while often ignoring Israeli deaths and distorting the coverage so that Israelis appear to be the aggressors.

Anti-Israel bias in the United Nations has, of course, persisted over the decades. Compounding the problem, there are left-wing Jewish individuals and organizations that purport to support Israel but do more damage to it than good with their steady pro-Arab tilt. Their consistent anti-Israel stance encourages anti-Semites, who take great delight in seeing Jews excoriate Israel.

At the other end of the spectrum are those who love Israel (most mainstream Jews) and those who hold both Jews and Israel in great esteem (most evangelical Christians, for example) and are ever concerned about its safety and survival. They realize the importance of the only Jewish nation on earth for what it represents and what it has made of itself and are always monitoring the news for information about the country.

The fact that Jewish culture has permeated mainstream America fosters the perception that Jewishness is omnipresent. Jewish humor, Jewish-associated foods, and Yiddish words and phrases have for decades now been part and parcel of the American experience.

There are people who are preoccupied (in both good and bad ways) with the notion that so many Jews become successful. Is it how they were raised, or the Jewish values they learned, or their Jewish education? Is it in their genes? Indeed, a disproportionate number of Jews are physicians, attorneys, business owners, authors, Hollywood executives, movie directors and performers, and Nobel Prize winners.

So the obsession with Jews can actually range from the negative to the positive. Then again, there are those who wonder whether there really is disproportionate coverage of Jews and whether the idea that an obsession with Jews exists comes from a hyper-Jewish perspective. After all, one tends to assume that if he or she is preoccupied with something, others must be as well.

The skeptics may be on to something, but only to a point. Because one can’t escape the fact that there is plenty of negative sentiment toward Jews on every continent. And in many instances it’s far more than mere negative sentiment – it’s outright hostility and indeed an all-out negative obsession with Jews and Israel.

On the positive side, Israel grabs our attention because it is a tiny, young country formed in the wake of the Holocaust that has succeeded despite all odds. And Jews capture the public mind because despite all the anti-Semitism they have endured through the age, they not only survived but continue to thrive.

Jews contribute many wonderful things to the world in just about every area of human endeavor, from medicine to science to technology to philanthropy to the arts. And Israel is known for rushing aid to places and people in distress just about anywhere in the world. These things don’t go unnoticed.

Curiosity, jealousy, fear, hate, admiration, respect, and fascination are among the many factors that account for why people may have an obsession with Jews. Certainly the fact that Jews comprise such an infinitesimal percentage of the world’s population but remain a subject of so much interest for so many people has its drawbacks. But it may not be such a bad thing after all. 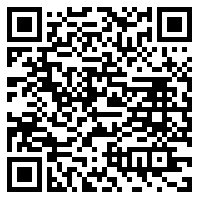