A suspect, 18, who arrived at the Shuafat refugee camp check post on his way to enter eastern Jerusalem was arrested after a search through his bag revealed a knife that had been wrapped in order to conceal it. Border Guard police who were alerted neutralized the suspect, took his knife and arrested him for interrogation.

The Shuafat refugee camp was established by king Hussein of Jordan in 1965 to house Arabs whose families had come from Jerusalem, Lydda, Jaffa and Ramleh areas, after the Mascar refugee camp in the Jewish quarter of the Old City had been closed. Coming into Jerusalem from the Shufat refugee camp the terrorist could find targets for stabbing in the nearby Jewish neighborhoods of Pisgat Ze’ev, French Hill, and Ramat Shlomo. 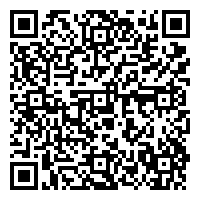