Yosef was getting married in another city and invited the bachurim from his yeshiva to come. After some discussion, the friends decided to charter a bus. David posted a sign-up sheet and fifty friends put their names down.

David spoke with a dispatcher for a bus company. “A bus holds fifty-five,” he was told. “We have smaller buses of 28 seats, but beyond that the bus is fifty-five.”


“How much does such a bus cost?” asked David.

“It will be one thousand, six hundred dollars,” said the dispatcher.

David ordered a bus. He divided the cost among the fifty friends and wrote on the sign that each person would have to pay $32.

On the wedding day, the driver arrived at the yeshiva. Forty friends got on the bus. After waiting a few minutes, David called the other ten who had signed up. They either were not able to come or had gotten rides with other people.

David told the driver that everyone who was coming had arrived, and that he could drive. He made a quick calculation that with forty people, each would have to pay $40 instead of $32.

“It’s going to cost an extra eight dollars a person,” David said to the friend sitting next to him.

“Why should we have to pay anything extra?” said his friend. “The bachurim who signed up have to pay their share, whether or not they chose to come. They were all partners in ordering the bus!”

“I was wondering about that,” said David. “On the other hand, I would have had to order the same bus for forty people, so that the ten bachurim who didn’t come did not cause any loss or extra expenditure to the rest.”

“I heard Rabbi Dayan is coming to the wedding,” said the friend. “We can ask him.”

At the wedding, David went over to Rabbi Dayan and related what happened. “Do the bachurim who didn’t come on the bus have to pay their share?” he asked.

“This is a fascinating question!” replied Rabbi Dayan. “When a person hires a worker and subsequently wants to cancel the job, the halacha depends on a number of factors. If the worker already began working, the employer cannot retract; if he did, he is liable for the worker’s loss. Even if the worker did not yet begin, but could have taken another job and now no longer able to, the employer is liable for his loss. However, if the worker can procure a comparable job instead, the employer who retracted is not liable, since the worker suffered no loss and the other job stands in place of the one he lost.” (C.M. 333:2; Pischei Choshen, Sechirus 10:2)

“In this case, the driver already arrived at the yeshiva when the ten bachurim canceled,” added Rabbi Dayan. “Many consider this as having started the job, which limits the ability to retract. On the other hand, the driver remained with the job for the other forty, who needed him anyway. Thus, he did not suffer any loss through their backing out and the job remained the same, so that he does not have a claim against them.” (Pischei Choshen 7:9)

“What about among the bachurim themselves?” asked David. “We never agreed to pay forty dollars each.”

“That is a valid argument,” replied Rabbi Dayan. “The fifty bachurim were all partners in ordering the bus, and you were the agent for all of them in the arrangement. Once the driver came, and there was no longer any possibility of canceling the arrangement entirely, they are liable for their share of the partnership and cannot back out at the expense of the other partners. Thus, those who canceled must also chip in the thirty-two dollars they agreed to.” 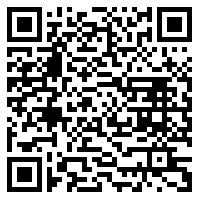