Moshe was visiting his friend, Hillel, for the afternoon. Although it was chilly outside, the sun was shining. “My winter coat is heavy for the sun,” Moshe said. “Do you have an extra sweatshirt?”

“I do,” replied Hillel. “I bought two a while back, but I barely use the other one.”


“That’s funny,” replied Moshe. “I also have a spare sweatshirt that I barely wear. I use it only when I forget my regular one in yeshiva!”

The two headed outside and spent the afternoon together. As it grew dark, Moshe looked at his watch. “Oh my! It’s late!” he exclaimed. “I’ve got to get home!”

The boys returned to Hillel’s house. Moshe threw on his coat and rushed home. His mother greeted him. “Welcome home,” she said. “Where’s that sweatshirt from?”

“I borrowed it from Hillel,” Moshe explained. “I was in such a rush to get home that I forgot to take it off and leave it there.”

A week later, Hillel asked for his sweatshirt. Moshe searched for it, but could not find it.

“I’ll give you a similar sweatshirt,” Moshe offered Hillel. “I told you that I also have a spare one.”

“The truth is, I barely used that sweatshirt,” replied Hillel. “If you lost mine, I’d rather you pay me its value. I’m almost the next size already.”

“I also don’t need two sweatshirts,” said Moshe. “Why should I have to pay cash? For me it’s a waste. You owned an extra sweatshirt anyway.”

“What I had I had,” replied Hillel. “Now that the sweatshirt’s gone, though, and you can’t return it, I don’t want yours!”

“A sweatshirt is a sweatshirt, though,” said Moshe. “It’s in the same condition as yours was; maybe even better!”

“That makes no difference,” insisted Hillel. “Either return my sweatshirt or give me its cash value!”

“Can Hillel demand that I pay him cash?”

“When a guardian or sho’el (borrower) is liable for an entrusted item, he is liable for its value,” replied Rabbi Dayan. “He is not required to replace the item.”

“Shach (C.M. 291:2) compares a guardian who is liable to one who damages since the Gemara (B.K. 4b) includes guardians in the framework of avos nezikin, categories of damage. The Torah requires one who damages to pay meitav, which the Mishnah (Gittin 48b) explains to mean that when paying with real estate, he must pay with higher grade – what Chazal refer to as “idis” (C.M. 389:2).

“Elsewhere, the Gemara (B.K. 7b) teaches that movable items are all considered meitav, since they can be sold readily here or there and converted to cash, unlike real estate which is fixed in its location (C.M. 419:1).

“Regarding repayment of a loan, Shulchan Aruch rules that if the debtor has money, he cannot repay with moveable items or real estate, unless the lender agrees. This is because the debtor received money, and committed to return in kind (C.M. and Sma 101:1).

“However, regarding liability of damages or a guardian, this logic does not apply. Therefore, most Rishonim write that the owner cannot specifically demand cash payment. His primary right is to collect the value of his loss from meitav, and all movable items are considered meitav (Shach 419:3).

“Thus, Shulchan Aruch rules that even if the one who damages has cash, he can pay with movable items. They should be evaluated according to their worth being sold locally and immediately (C.M. 419:1).

“We do not find a distinction between a sho’el and other guardians in this regard,” concluded Rabbi Dayan, “Thus, Moshe can fulfill his liability with a replacement sweatshirt of equivalent value” (Pischei Choshen, Nezikin 10:43[99]).

Verdict: The owner of the entrusted or loaned item that was lost cannot demand cash payment, and the guardian or sho’el can fulfill his liability with movable items of equivalent value, and certainly a replacement item. 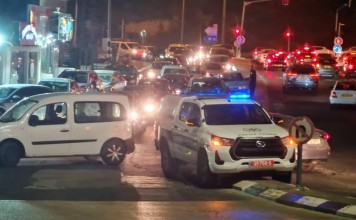