The Supreme Court on Sunday will hear the petition of the Movement for Quality Government in Israel against the plea deal reached with Shas chairman, former MK Aryeh Deri. The petition claims the plea deal’s “entire purpose is to deceive the law and the legislature.”

Deri was indicted on two charges of under-reporting his income, once from a real estate deal with his brother, the other regarding his earnings from his company in the US.

As part of the plea agreement, MK Deri would confess to the charges, and together with the prosecution ask the court to sentence him to probation plus a fine of NIS 180,000 (around $60,000).

The most important part of the deal was the Attorney General’s announcement that, as part of the settlement, he accepted the notice from Deri of his decision to resign from the Knesset, and therefore, according to the law he would no longer be considered an elected official, and the AG would not ask the court to add a Kalon (disgrace) ruling to the sentence.

It should be noted that the Kalon issue is central to another possible plea deal being forged this week, that of former Prime Minister Benjamin Netanyahu – who may also resign from the Knesset in time to ask the court not to add disgrace to his sentence (Justice Barak Pushing Netanyahu’s Plea Deal that May Oust Him from Politics Until He Turns 80).

The Movement for Quality Government in Israel argued that Deri must be given the disgrace sentence because he has been convicted in the past of corruption offenses as an elected official (in 2000, Deri was convicted of taking $155,000 in bribes while serving as Interior Minister and was given a three-year jail sentence. He was released from Maasiyahu Prison in 2002, after serving 22 months.).

“This is a rare case that suffers from a material defect that requires the intervention of the court in the administrative consideration,” the petition argued.

Deri’s court hearing was scheduled for Tuesday, but because of the Supreme Court petition was pushed off to January 25. 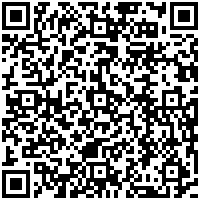