Guarding the Temple Even Today!
‘Kohanim Were Stationed in Three Places’
(Tamid 25b)

Rabbi Hillel Moshe Meshil Gelbstein, zt”l, arrived in Eretz Yisrael in the summer of 1869 at the age of 34. He came originally from Bialystok and his personality was molded in the beis medrash of the Kotzker Rebbe. After the latter passed away, he became very close to the Chidushei HaRim of Gur. Rabbi Gelbstein settled in Yerushalayim in a room whose windows faced the Kosel Maaravi. Starting in the winter of 1870, he devoted 40 years of his life to clarifying the details of the mitzvah to guard the Temple: how many kohanim and levi’im guarded it, where they were posted, etc., as cited at length in his Mishkenos Laavir Ya’akov.


Rabbi Gelbstein raised a commotion in Yerushalayim when he warned that impure people should not put their fingers between the stones of the Kosel. Most of the leaders of his generation, such as the Maharil Diskin, the Imrei Binah, the Aderes, and the Sedi Chemed, agreed with him (see Keilim 1:8 and Pesachim 67b).

Guarding By Day And At Night?

The Rambam states (Hilchos Beis Habechirah 8:4) that 30 kohanim guarded the Temple – 10 each at three different stations – along with 210 levi’im – 10 each at 21 different stations. The Rishonim disagree about the times the guards were on duty. The Rambam (ibid, Halacha 2) maintains that the mitzvah of guarding applies only at night. The Raavad, on the other hand, maintains that the mitzvah applies at all times, day and night. The person responsible for the guards, called the Ish Har Habayis, would constantly check on the guards to make sure they were awake and performing their duties faithfully.

Why Guard The Temple?

The Rishonim explain that the reason the Torah requires guards around the Temple is not to protect it from thieves. Rather, it requires it either for the honor of the Temple or to prevent people from averting their attention from it. The Rambam says the purpose was to honor the Temple, which is why he believes the mitzvah only applies at night. During the day, sacrifices were offered and people were constantly coming and going; thus, there was no need for guards. In contrast, at night the place was empty, and so, posting guards around the Temple at this time gave it honor. The Rosh, however, says the reason for the guards is so that people not distract their attention from the Temple, which is why he believes the mitzvah applies at all times – day and night.

In his Moreh Nevuchim (3:45), the Rambam mentions another reason for posting guards around the Temple: to prevent impure people and onenim from entering.

Stationing Guards Around The Destroyed Temple

Rabbi Gelbstein suggested that we station guards around the destroyed Temple in our era! How do we know, he argued, that the mitzvah to guard the Temple ended with its destruction? On the contrary, from the Rambam’s wording (in his commentary on the Mishnah), it seems that this mitzvah is always obligatory: “This is a way to aggrandize the Temple and thus they would guard the Sanctuary in the desert and in Shlomo’s era and forever.” Rabbi Gelbstein cites the Rambam’s statement (Hilchos Beis Habechirah 6:14-15) that the Temple’s sanctity remains forever because the Shechinah did not leave it. If so, we should be guarding the site of the Temple in our time.

Since Rabbi Gelbstein was aware that it was nigh impossible to observe the mitzvah to guard the Temple properly in his day, he suggested establishing batei midrash near the Western Wall where people would pray and learn Seder Kadshim at all times. He actually fundraised and succeeded in raising 270 Napoleons – not the cake, but gold coins, a tremendous sum at that time – to acquire three courtyards for three synagogues around the Temple Mount. In a letter to Sir Moses (Moshe) Montefiore, Rabbi Gelbstein asks him to participate in his plan, mentioning that he, with the name “Moshe,” should begin this mitzvah (this letter was published in Mishkenos Laavir Yaakov). The plan, sorrowfully, did not succeed for various reasons.

Various questions and doubts came up when Rabbi Gelbstein raised awareness of this neglected mitzvah, including the question of whether the obligation of the kohanim to guard the Temple is linked with that of the levi’im. If they are, the levi’im would not be able to stand guard nowadays since the kohanim, who had to stand guard specifically inside the azarah cannot do so anymore due to their tamei status. 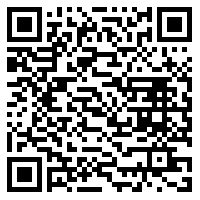