A Shabbos Treat
‘Snow Is Neither Food Nor Drink’
(Niddah 17a)

Snow, ice, hail, and frost are not considered to be food or drinks. This halacha – which appears in our sugya in relation to tumah – is relevant to the laws of Shabbos. The Gemara (Shabbos 51b) says that a person may not crush snow or hail on Shabbos. Rishonim (e.g., the Ramban and Ran) cite Sefer HaTerumah, which states (according to some interpretations) that crushing snow and ice is forbidden because of the prohibition of nolad (creating a new entity). When one crushes snow or ice, one “creates” water.

If snow were considered a drink, the water wouldn’t be a new creation. It would merely be a new form of the same drink. Thus, this ruling must be based on our sugya, which states that snow is not a drink (see Orchos Shabbos, p. 205).

The Baal HaTerumah rules that using melted ice, snow, or congealed fat on Shabbos is forbidden. All three are muktzeh, even if they melted by themselves, as they are considered new creations. According to the explanation of some Rishonim on the sugya in Mesechta Shabbos, however, using them is permitted. The Mechaber (Orach Chayim 318:16) rules in accordance with the lenient opinion, but the Rema (ibid) writes that the custom is to be strict, and only in time of need may one rely on the lenient opinion.

The Gaon of Tchebin, zt”l, claims that this difference of opinions only concerns ice transformed into water. Regarding water that transformed into ice: All authorities agree that using it is forbidden. Some authorities permit snow or ice that melted because even before they melted, the person considered them to be a liquid (based on their future usage). Therefore, they are not new creations.

But the very purpose of making ice is to produce a solid form of the water. Therefore, the ice is considered a new creation (Responsa Dovev Meisharim 1:55, but see Shemiras Shabbos Kehilchasah, 1:10, remark 14, as for Rabbi Shlomo Zalman Auerbach’s reasons to permit using this nolad).

Rabbi Shlomo Zalman Auerbach maintains that whatever one’s opinion about ice, frozen milk is certainly considered a liquid according to all opinions. Milk is an important drink, and even when a person freezes it, he intends to ultimately defrost it and drink it. Therefore, it may be frozen on Shabbos as its status never changes. Halachically, it remains a liquid; it is, thus, not a new creation (Shemiras Shabbos Kehilchasah 10:5 and in remark 15). 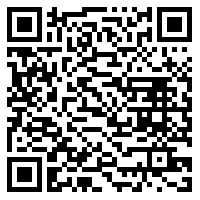