Rava says it’s preferable to perform Havdalah with an avukah, a torch (with several wicks), rather than with a candle with a single wick. The Ran (103b ad loc.) writes that this ruling is based on the text of the blessing we say over the flame during Havdalah: “borei me’orei ha’esh – who creates the lights of the flame.” Since the various lights (me’orei), or colors, of the flame are more noticeable in a torch, it’s preferable to use a torch.

The Magen Avraham (Orach Chayim 298:4) maintains that if a person uses two candles for Havdalah, he must hold them together so that their flames merge into one large flame.

Rabbi Akiva Eger (in his glosses), citing the Orach Mishor (Mahadura Basra to Yoreh De’ah 433), asserts that two individual candles are considered a torch even if their flames don’t touch.

The Devar Shmuel (ad loc.) notes that the Orach Mishor agrees with the Shittah Mekubbetzes in the name of Rabad who interprets “me’orei – lights” as the many uses of a flame. If so, a single-wick flame is also possibly covered by this word.

When Yom Tov falls on Motzei Shabbos, Havdalah is incorporated into the Yom Tov Kiddush. The Elef HaMagen (on Matteh Ephraim 600:3) states that although we don’t kindle a special Havdalah torch on Yom Tov, we should hold two Yom Tov candles together when reciting the berachah of borei me’orei ha’esh.

Some authorities (see Minhagei Chabad, found at the end of Shulchan Aruch HaRav, and Shemirath Shabbath Kehilchatah vol 2., 62-18:32), however, don’t permit holding two candles together on Yom Tov (because separating the two flames afterward might be a violation of kibbui [extinguishing], which is forbidden on Yom Tov). They maintain that when Yom Tov falls on Motzei Shabbos, Havdalah should be recited on two separate candles not held together. 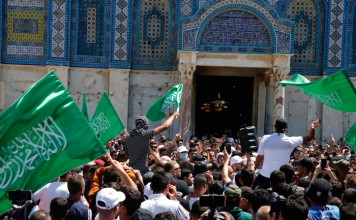 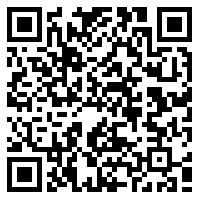