Reward And Punishment
“Ma’aser Rishon for the Leviim”
(Yevamos 86a)


Ezra (yahrzeit 9th Teves) received permission from the king of Persia to return to Eretz Yisrael and rebuild the Beis HaMikdash. He had hoped to lead the entire Jewish people back, but he met with resistance from many who wished to remain behind in Golus. The Leviim, for example, refused to come. Therefore, Ezra punished them by awarding their ma’aser rishon to the Kohanim, who were also from the tribe of Levi, and who returned with him to Eretz Yisrael.

How Could Ezra Uproot a Mitzvah?

The opinion of R’ Elazar ben Azarya is properly understood. Originally, there was a mitzvah to give ma’aser rishon to either to Kohanim or Leviim. Ezra decreed that only giving to the Kohanim should fulfill the mitzvah. Thus, Ezra did not uproot the mitzvah entirely, but merely restricted how we may perform it.

However, according to R’ Akiva, originally the mitzvah could be fulfilled only by giving it to Leviim. If one gave his ma’aser rishon to a Kohen he fulfilled no mitzvah at all. He might as well keep it for himself. How could Ezra punish the Leviim by withholding from them their ma’asros? This was in fact a punishment for the entire Jewish people, by preventing us from fulfilling the mitzvah.

The Minchas Chinuch (395:15) explains that the Rambam hinted to the answer to this question: “Ezra penalized the Leviim of his times, that ma’aser rishon should not be given to them.” He penalized the Leviim of his times, and the generations to follow, in which ma’aser is only Rabbinic. Since this is not a Torah obligation, Ezra had authority to adapt it, since he was the foremost Sage of his generation. This enactment will remain in place until Moshiach comes, and the Torah obligation of terumos and maasros returns. Then, the Leviim will be able to again claim their ma’aser rishon. (See also Chazon Ish, D’mai 2:3; Derech Emuna on the Rambam, loc. cit.) 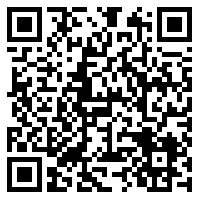