A segment of the Low-Level Aqueduct to Jerusalem has been excavated over the past few weeks in the Armon Hanatsiv section of East Talpiot, Jerusalem. A joint project of the Israel Antiquities Authority with the Jerusalem Municipality and the Moriah Jerusalem Development Corporation made this extraordinary, 2000-year old engineering feat visible and accessible to the public.

The Low-Level Aqueduct is 21 km long, stretching from Solomon’s Pools south of Bethlehem to the Temple Mount in the Old City of Jerusalem, with a very slight gradient descending just over 1 meter on average along every kilometer.


This amazing water system, initiated by the Hasmonean kings to increase the water supply to Jerusalem and in particular to the Temple Mount, astounds us to this day. The aqueduct continued to be used until the start of the 1917 British rule when it was replaced by electric pumps.

According to Yaakov Billig of the IAA, who researched the ancient aqueducts to Jerusalem, “two aqueducts brought water from Solomon’s Pools, located between Bethlehem and Efrat and Jerusalem: the Low-Level Aqueduct and the High-Level Aqueduct. It amazes us to realize how they managed in antiquity to make the accurate measurements of elevation over such a distance, choosing the route on the mountainous terrain and calculating the necessary gradient, all this without the sophisticated instruments we have today.”

Presently, segments of the Low-Level Aqueduct are being revealed under Alkachi street in the Armon Hanatziv neighborhood, in an excavation directed by Alexander Wiegmann of the IAA. Following the excavation, conservation experts will carry out preservation work on the remains before their exhibition in a new park available to the public. 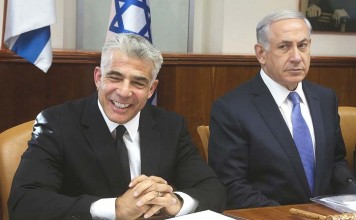