Israel Police closed the gates of the Temple Mount to Jews at 10:40 AM, 20 minutes ahead of schedule. The commander of the Jerusalem district, Superintendent Doron Turgeman, decided to close early due to Jews violating the law.


Among those claimed violations: a Jew who called out “Shema Yisrael” on the Temple Mount after Muslims had shouted at him, “Allahu Akbar” was arrested.

The Beyadeinu organization reported Sunday morning: “The ascents to the mountain are conducted under pressure and by the police. Only 25 minutes are allowed, with no stops. Some Jews were detained for reciting Shema Yisrael or for singing. However, when entire groups sing together on the mountaintop, the police are helpless to do anything and ignore them.”

At 9:33 AM, the website Srugim published this screenshot image of Jews prostrated in prayer on the Temple Mount.

A senior Islamic Jihad official issued a statement saying: “Follow the events in Jerusalem – surprises are expected in the coming hours.”

The hoisting of Israeli flags on the Temple Mount is considered a violation of the status quo and has led to arrests in recent years. Some of the flag hoisters were removed for long periods from the Temple Mount.

Israel Police stated: “During the last hours, the police have worked to allow freedom of worship for worshipers on the Temple Mount and at the same time to protect visitors. In the final hour, towards the end of the visits, and after more than 1,800 Jews visited the site, clashes began between Arab worshipers and a group of Jewish visitors and a violation of the public order ensued, including the dumping of bottles and chairs in the mountaintop compound. Following these disturbances, several suspects were arrested by the police.”

Due to the high demand, additional times have been added for Jews to visit the Temple Mount. 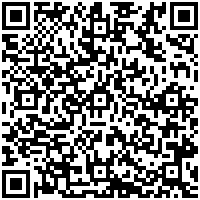