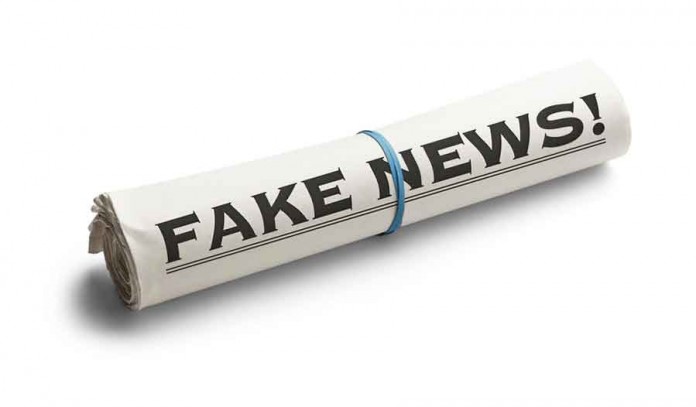 Last week, I explained the importance of a free and diverse media. Although critiquing government institutions and powerful people involves admonishing others – and although reports are often inaccurate – a free press is halachically permissible, and even proper, for two reasons:

1) A free press benefits the public since fear of media exposure makes those in power more reluctant to commit crimes;


2) The populace in democracies, recognizing the value of a free press, permits it to function. Thus, it operates within the framework of the rule “dina d’malakhuta dina.”

Following last week’s article, I received a number of important comments and questions. I will attempt to address some of them below.

The Rules of Lashon Hara

The main argument against my article is that it doesn’t comport with the rules of the Chofetz Chaim concerning lashon hara. He writes that speaking lashon hara for a constructive purpose is only allowed if seven conditions are met:

1) the speaker must have witnessed the incident himself;

2) the speaker should reflect thoroughly to ensure he understands correctly what happened;

3) the speaker should first approach the transgressor privately and rebuke him with gentle language, and only if the transgressor doesn’t listen is it permissible to defame him for a constructive purpose;

4) the speaker may not exaggerate or lie even a little;

5) the speaker must have pure intentions and cannot act out of hatred or revenge;

6) the speaker can only speak lashon hara if there is no other way of achieving the constructive purpose;

7) the speaker cannot say the lashon hara if it will cause more damage than would be appropriate as determined by a beit din reviewing the case.

Ostensibly, a journalist cannot uphold these rules since his reports are usually not based on cast-iron certainty; consequently, he doesn’t meet the first and second conditions. Seemingly, the third and sixth condition also cannot be met since a journalist does not first try to admonish the offender and does not check to see whether the damage can be prevented in another way.

If he were to try, chances are the offender would apologize and commit to change his ways or find another way to prevent publication of the harmful story. But, in practice, he may very well continue to break the law, and the journalist would have no way to continue monitoring him. Thus, the journalist would fail to deter misdeeds.

The seventh condition cannot be met either since, in practice, there is no way to know what damage will be caused as a result of the publication of an article, which depends on the status of the offender, public opinion, the timing of publication, and numerous other factors.

I will illustrate my point with an extreme example: Reuven asks Shimon if he should do business with Nimrod. Simon doesn’t know if it’s true or not, but he heard a rumor that Nimrod’s three former partners were murdered and their bodies were buried in the concrete foundations of high-rise buildings.

If Shimon were to repeat this rumor, he would be saying lashon hara without meeting all seven conditions since the report is unverified, he didn’t try to admonish Nimrod, etc. But could it possibly be forbidden to relay this rumor?

A less extreme example: Nimrod’s three former partners, who were extremely wealthy, went bankrupt while Nimrod doubled his fortune. Nimrod is rumored to have deceived them and incriminated them unlawfully, and they remain silent because Nimrod promised them a salary for the rest of their lives in exchange for their silence. There is no basis to these rumors, but is it possible to suggest that Shimon may not warn Reuven about Nimrod?

Another example: Reuven asks Shimon if he should make a shidduch for his daughter with x. Shimon believes that x is a con artist, corrupt, and violent. The problem is that Shimon hates x, and thus – according to the fifth condition, which requires speaking lashon hara with pure intent – he is forbidden to tell this to Reuven. Could it be that according to halacha Shimon should say nothing and allow Reuven’s daughter to marry x, who may be a violent criminal?

It seems that the seven conditions of the Chofetz Chaim teach us certain principles, but all of them are conditioned on benefit to others. Consequently, when it comes to a significant risk to others – even when the individual conditions are not met – the questioner must be saved from the concern of danger or damage.

Life in a Small Community Versus a State

If we delve deeper into the rules of the Chofetz Chaim, we find that he is speaking about life in a small community where there is almost no need to speak lashon hara when a report is uncertain because everyone knows each other and, even without being told a rumor, people usually know who is a cheater or exploiter.

Furthermore, if a person who is asked about someone remains silent because he doesn’t know with certainty that a certain rumor is true, the questioner understands from his silence that there is room for concern. Also, since everyone knows each other personally, the possibility of first admonishing a transgressor or preventing damage in another way is a reasonable possibility, so there is no need to spread lashon hara publicly.

Nowadays, however, thanks to modern means of transportation and communication, people live in much larger settings. If there were no free press, people would be able to deceive a very large populace that is unable to get to know them personally. One of the effective means against such an eventuality is a free and hard-hitting media.

Thus, according to the basic principle of speaking lashon hara for a constructive purpose, it is necessary to have a media in large settings that blows the whistle and is critical – although reporters should make it clear that their reports are not etched in stone and that only after a police investigation and legal inquiry can more reliable information be obtained.

Should Religious Society Have a Free Press?

This claim is important, and I wish we were able to act accordingly, but it seems to be possible only in an ideal society where the beit din has the authority to examine every claim and the entire religious and charedi public – with all its various factions – is obliged to accept the beit din’s exclusive jurisdiction.

In our current situation, however, no beit din is accepted by all. Indeed, factions of the religious and charedi public often turn to secular courts to resolve difficult disputes. Furthermore, since the charedi and religious public doesn’t have a free press according to the accepted format, it has problematic replacements in the form of street ads or partisan newspapers that avoid any criticism of those close to them and defame opponents disproportionately.

A free press cannot prevent all problems, but it could improve to some degree the method of correcting them. For in a state of partisan rivalry, the criticism leveled is sweeping, extreme, and one-sided, lacking the ability to focus on the real problems of good governance and individual or institutional corruption.

It turns out that sometimes people who are more committed to moral values are unable to overcome public or institutional fraudulence due to a lack of effective public criticism.

The Worldwide Problem of Conservatives

In general, those with a religious and conservative stance tend to criticize the free and critical press because it harms the dignity of those in authority and because it is recalcitrant and unsupervised.

On the other hand, those with left-wing liberal positions willingly support the free press since they value freedom of expression and believe harming those in power or authority is positive as it promotes equality.

The upshot is that the media as a whole was built on the values of the liberal left, and most journalists are predisposed to harshly criticize groups and personalities that represent religion, nationalism, tradition, family, and conservatism, which – from their point of view – endangers liberty and equality. Though, in practice, the media throughout the world is very left-leaning.

The solution: understanding the positive value of the media and creating quality, right-wing and religious media that will utilize the media’s beneficial tools to reinforce positive values and level harsh criticism when these values are harmed by movements, institutions, or individuals.

With G-d’s help, I will dedicate another article to the rules of morality that should be practiced by journalists and media consumers. 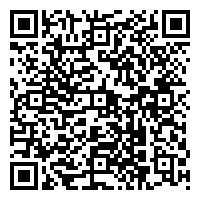