There are three partners in the creation of man. According to the Talmud, the father contributes to the formation of the child’s bones, sinews, nails, brain, and the white of the eye. The mother provides the skin, the flesh, the hair, and the black of the eye. God provides the soul, the facial countenance, eyesight, hearing, the power of speech, the ability to walk, insight, and understanding. Accordingly, in this triangle of creation parents are to be respected and revered in the same way that one respects and fears God Himself.

One demonstrates reverence, morah, for one’s parents by not standing or sitting in their place, by standing up when they enter the room, by not contradicting them, and by not addressing them or referring to them by their first names.

If one cannot afford it, one is not required by the halacha do go into debt to defray the expenses. One is required, however, to do whatever one physically can to make one’s parents comfortable, unless this would involve loss of work required for one’s daily existence. As part of the duty to honor one’s parents, when we talk about them after their death we should refer to them as “my parent for whom I should be an atonement,” and after twelve months, “my parent of saintly blessed memory – zecher tzaddik livrachah.”

From the use of the word tira’u, which is written in the plural form, the rabbis derive that the duty to revere and honor one’s parents applies to both sons and daughters. A married woman is, however exempt from the duties involved in honoring and revering her parents if her husband objects to their performance.

When performing the duties of kibbud av va’aim in front of one’s parents, one should do so with a smile, not begrudgingly. The attitude when providing is more important than the monetary value of the services provided.

The duty of kibbud av va’aim applies also to one’s stepparent during the lifetime of one’s biological parent and, if possible, thereafter. The duty also extends to one’s older siblings and to one’s grandparents, but to a lesser extent. One is not obliged to perform kibbud av va’aim duties for one’s parents-in-law. Parents-in-law should, however, be given the same deference given to all one’s elders.

If one witnesses a parent about to transgress a Torah law, one should be careful not to embarrass him or her. One should couch one’s language in a question form, like “Father, doesn’t the Torah say one should not…” If one receives competing requests from one’s mother and one’s father and it is impossible to fulfill both simultaneously, the order, according to the halacha, is father first and then mother. If, however, the parents are divorced, one may decide for oneself which request to fulfill first. If one is busy with another mitzvah, such as going to a funeral, and one’s parents require one’s attention, one should try to find somebody else to go to the funeral (unless no one is available, in which case one should go oneself).

There are extreme examples of kibbud av va’aim. Perhaps the most famous example is the incident with the jeweler Damah the son of Netinah of Ashkelon. One afternoon, the rabbis urgently needed two jewels for the shoulder straps of the high priest’s garment. So they came to his door with a fortune in hand. But the key to the chest that contained the precious stones was lying under his father’s pillow and Dama’s father was sleeping at the time. Rather than disturb his father, Damah sent the rabbis elsewhere. 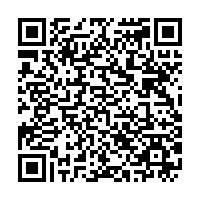