Following is the address by Prime Minister Benjamin Netanyahu on the eve (4 May) of Holocaust Martyrs’ and Heroes’ Remembrance Day:

Distinguished guests, and first and foremost our brothers and sisters, the Holocaust survivors who lit the torches of remembrance and hope,

You moved me. My wife and I met with you in my office yesterday. You spoke from your hearts; you told us how you maintained your humanity in the most inhuman conditions; you told us how you held on to life; and how you created a new life here in Israel. It is our duty to ensure that you and all of the Holocaust survivors continue to live your lives in comfort and dignity.

Mr. President, what you said is true. We did not do enough over the years, but in the last few years we have added resources for this and we will continue to do so for one simple reason – because you deserve it. It is your right, not an act of charity. It is a debt owed to you by the State of Israel, and we will pay this debt.

A distinct message came up in our meeting. The tragedy that befell our people must never happen again. Today, in our eternal capital Jerusalem, I reiterate the commitment: There will never be another Holocaust.

What paved the way for the Holocaust? What oiled the wheels of the Nazi death machine? The answer is the lie. Nazi propaganda portrayed the Jews as the source of all evil in the world, poisoners of wells, parasites, the enemies of humanity. The defamation preceded the extermination. The Nazi regime in Germany was defeated 71 years ago, yet anti-Semitism and the lies did not die along with Hitler in his bunker. Because today, millions of people in the Muslim world read and hear horrendous fabrications about the Jewish people. They are told that Jews are the offspring of apes and pigs. They are told that Jews – and I quote – “drink the blood of their enemies in goblets.” These and other lies are spreading in social media, through means of dissemination that Hitler and Goebbels could not have even imagined.

This incitement stems from radical Islam and the Arab world, but in recent years it is joined by no less venomous incitement from the Western world. British members of parliament, Swedish high-ranking officials, French public opinion makers. I have to say that anti-Semitism today is a peculiar matchmaker –the elites who supposedly represent human progress have joined forces with the most sinister, barbaric fanatics on earth who behead people, oppress women, persecute LGBTs, destroy cultural treasures. They have teamed up to propagate the anti-Semitic virus against one target – us, against the State of Israel, the only true democracy in the Middle East which upholds values of progress and human dignity.

Their hostility towards Israel has long exceeded legitimate criticism, if that ever existed. This is the total rejection of a state for the Jewish people. While throughout history the anti-Semites depicted Jews as the enemies of humanity, they now present the Jewish state as the enemy of humanity. This lie has no limits.

Only two weeks ago, the UN’s UNESCO agency – and you have to hear this to believe that these things were said – the UNESCO agency resolved that the Temple Mount, Mount Moriah, is in no way linked to the Jewish people. Pay attention to what is happening here. A global organization responsible for preserving history is offhandedly rewriting a basic fact of human history. This is willful ignorance. Even worse – it is an addiction to a lie and its dissemination around the world until it is accepted as fact. This is precisely how Jew haters have acted throughout the ages.

Today they cloak the root cause of the conflict between us and the Palestinian – the refusal to recognize the State of Israel in any borders. They justify the worst violence against us. They say we are responsible for the terrorist attack in Paris. They perceive the victim as the aggressor and the aggressor as the victim.

The Nazis said that the Jews were to blame for everything. Present-day anti-Semites say that Israel is to blame for everything. Many of the fathers of Zionism believed that the source of this perverse hatred of the Jews is our people’s unique circumstance whereby we were homeless and dispersed among the nations. They hoped, and many of them believed, that if the Jews had a state of their own, this hatred towards them would pass from the world.

The hatred of Jews draws on many and ancient sources, and it will not pass from the world easily. We must do three things to fight it: fight the lie, boost our strength and build our country. There is only one way to fight a lie, and that is to disprove the falsehood and spread the truth. Truth means insisting on historical facts starting with the deep attachment of our people to our country. Truth means denunciating the double standard applied to the State of Israel and only to the State of Israel. We must mobilize to spread the truth with the same fervor as our enemies mobilize to spread the lie.

We must all join this battle. And here is another fact: in today’s virtual world, it is easy to use the most advanced technology to spread the most ancient hatred. But the same technology can be used to spread the truth too, and this technology can be found in the pockets of each and every one of you. All of you have the electronic device needed to spread the truth in your pockets and in your homes. Many Jews are already doing this in Israel and around the world, and I call on you, members of modern humanity, to join us in our efforts to ward off the lies. Because, as Herzl predicted and as the rise of Nazism proved, anti-Semitism is disastrous for the Jews, but will eventually wreak havoc on all humanity, and therefore we must all fight it.

While we fight for the truth, we must also continue to build our defenses. Because even if we cannot eradicate this hatred of the Jews, we can curb the murderous attacks on us, and to this end we are diligently enhancing our military might. For many generations we were like a driven leaf, powerless, defenseless, but that is no longer the case.

The IDF is one of the strongest armies in the world, not only because of the tanks, planes, submarines and cyber, but largely because of the courage of our soldiers. Here they stand before us, and with them, standing shoulder to shoulder are all of our defense forces – the police, the Shin Bet, Mossad. They are inspired by the Jews who fought the Nazis in the allied forces, in the ghettoes, the camps and the woods.

We have learned the lesson. We do not ignore those who call for our destruction and we are not deterred by them. There are those who choose to overlook the intentions of Iran, who etches on its missiles “Israel must be wiped out,” and holds Holocaust-denial contests. These days they have a Holocaust-denial cartoon competition. Is there anything more depraved than that? We do not ignore this. Some are willing to accept Iran having nuclear weapons, but we do not and will not. Anyone planning our annihilation should know that the State of Israel is very strong. We have strong defense, offence and deterrence capabilities. The bitter enemy will no longer dwell securely; Yehudah will now dwell securely. In addition to refuting the lies and augmenting our strength we must continue to build our country, and we continue to develop Israel by leaps and bounds.

In the 68 years of Israel’s independence, Israel’s population has multiplied by ten and its economy by one hundred. We have absorbed millions of immigrants from 70 Diaspora communities. We are laying foundations, putting down tracks, breaking new frontiers in science, technology, culture, art, in every field. Israel is the definitive testament to the creative spirit and the life that beats in the hearts of the Jews. We all draw inspiration from this spirit that exists in you, the Holocaust survivors. You, who witnessed the Nazi horrors, are living testaments of the light that broke through the cracks of the darkness of death. Your grandchildren and great-grandchildren walk among us tall and proud, and like you, contribute to the country’s security, development and prosperity. 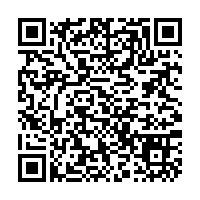