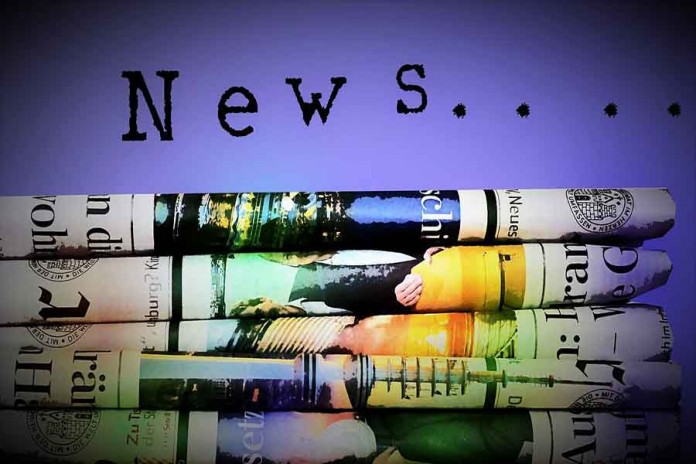 In two articles last month, I explained the importance of having a free press, one that criticizes government institutions and individuals holding positions of power and authority.


Admittedly, if we had a court system that all segments of society accepted and it had the power to examine every claim and obtain evidence while keeping the witnesses unharmed, it would be possible to investigate each claim more reliably and fairly and, consequently, there would be no heter to publicly criticize those in power.

However, as long as society – including the religious and charedi public – has failed to establish such a court system, it is right to accept public approval of a free press because this approval actually creates a more moral society than one in which there is no free press (see Rabbi Naftali Bar Ilan’s book Regime and State in Israel According to the Torah ch. 79-80).

The Moral Responsibility of Journalists

Admittedly, by nature of the profession, the character of quite a few journalists is poor. They enjoy hurting others or they are drawn to dirty places, likes flies – as Rabbeinu Yonah wrote about baalei lashon ha’ra – to spread lashon ha’ra and hurt people (Shaarei Teshuvah 3:217). Because of their desire to publish derogatory reports, these reports often contain lies or, at the very least, are severely biased.

Not by chance are journalists called by the unflattering term “watchdogs.” Quite often, they resemble violent dogs who, lacking humanity and compassion, viciously sink their teeth into the prey they have found.

Nonetheless, because of the public benefit, society approves of releasing these watchdogs into the open to seek and sniff out corruption and injustice and save society from the hands of people with power and authority.

That said, a journalist is not absolved from moral responsibility for his behavior. Even if he acts according to accepted journalistic rules, if he acts wickedly, cruelly enjoys brutalizing victims caught in his net, or uses his profession to harm people unjustly, he is a rasha, and in the World of Truth will be punished very severely.

Since having a free press is valuable, G-d-fearing people should engage in it. But how to balance the benefit to society against the harm caused by lashon ha’ra, which exists even when the lashon hara is for a constructive benefit (which is the basis for having a free press)?

1) One’s initial intention should be le’shem shamayim – to add goodness and blessing to the world. This is even more important in journalism than other fields since journalism is liable to arouse cruel qualities in a person.

A journalist should remind himself from time to time that the purpose of his work is to benefit society and save it from those with power who might harm and exploit them (as stated in Sefer Chafetz Chaim, 10:5 and 10:14).

2) A journalist must adhere to the truth and be careful that the desire to publish an interesting article will not cause him to forgo the necessary inquiries or to exaggerate in describing the case or condemning the subject. Whenever he is in doubt, he should present things as they appear to him – honestly and humbly – without attempting to claim that it is the absolute truth (as quoted in Chafetz Chaim 10:2).

3) If it turns out that he was wrong, he must quickly apologize publicly and sincerely. A journalist should not be ashamed of having to apologize from time to time. By the very nature of his work, since he has no authority to interrogate and summon witnesses, he will often err in his assessment and reporting. As long as he tries to adhere to the truth, he has performed his job faithfully, and all that is left to him to do is to quickly apologize for his mistake sincerely and in public.

4) A journalist, as well as media consumers, must always remember that media reports are questionable because media tasks are done at a rapid pace, and it is possible that when additional facts are discovered, the whole story will change. Therefore, a journalist is permitted to report, and media consumers are permitted to hear and read his reports, provided they accept that they don’t represent absolute truth.

5) A G-d-fearing journalist must sometimes consider the subjects’ condition and, in rare cases, when it turns out that public criticism of the subject will cause him or his family terrible harm – while, on the other hand, the public benefit of publishing the criticism is not particularly great – he should avoid publishing it and find quieter ways to resolve the problem (see Chafetz Chaim 10:1).

6) He should make sure to criticize only public figures and those in power whose actions are liable to cause harm to the public. He should avoid criticizing failings of private individuals whose actions have no direct public impact. Correction of personal sins committed in a private setting should be done personally and in secret, not by public condemnation in the media.

7) He must judge the subject fairly, according to the commandment of the Torah (Leviticus 19:15), “Judge your people fairly.” In other words, it is not enough to look at the particular act being criticized and judge it honestly; rather, one must make an effort to familiarize oneself with the subject’s overall personality and actions and only investigate the story with that background in mind. Otherwise, fair judgment cannot be exercised.

Therefore, for example, criticism of a person known to be a tzaddik should be made only after a multifold examination, for it is unlikely that the testimony about his sin is correct (Rambam’s Commentary on Mishnayot, Avot 1:6; Shaarei Teshuvah 3:218).

8) The intensity of criticism should be commensurate with the severity of the crime. Many members of the media publicize even minor shortcomings and attempt to disqualify a person because of them under the theory that din pruta ke’din meah (that a small sin is just as important as a big one.

But din pruta ke’din meah only applies to judges. Journalists are not judges; rather, they are emissaries who are supposed to benefit the public. Therefore, it is their duty to distinguish between insignificant and significant cases.

For example, they shouldn’t try to disqualify a senior and successful commander because he didn’t observe a certain minor procedure. Media criticism of this kind is more harmful to the public than beneficial for it causes mediocre people to remain in the system who strictly observe the rules but fail in battle and cause loss of life.

Criticism of petty matters is also liable to result in the dismissal of senior bureaucrats who could prevent the unemployment of thousands of people. Although a person deserves to be punished for violating minor regulations, he should not be fired for it.

Therefore, in the case of a non-serious violation of procedures, it is better to address the violation in private. At the very least, the subject’s many virtues should be stressed and the journalist should state that the person shouldn’t be fired as a result. That way, his superiors won’t be forced to fire him under pressure from the media and thereby harm the public.

The role of journalists is important and complex. As long as they have the public’s interest in mind, and are precise in their words, and fairly criticize decisions and actions of public figures, they fulfill a mitzvah.

If they publish negative information about a private individual that is of no benefit to the public, they have transgressed the severe sin of lashon ha’ra. And the greater the insult, the more severe the transgression.

But in spite of everything, in general, having a free press benefits the public, and even immoral journalists are indirectly beneficial for people learn to be careful because “there is an eye that sees, an ear that hears, and all your deeds are written in a book.”

And when decent journalists condemn the wicked in order to prevent them from continuing to transgress, they fulfill the mitzvah of rebuking the wicked, which is necessary for tikun olam. 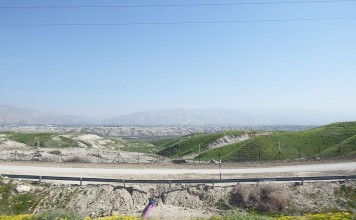