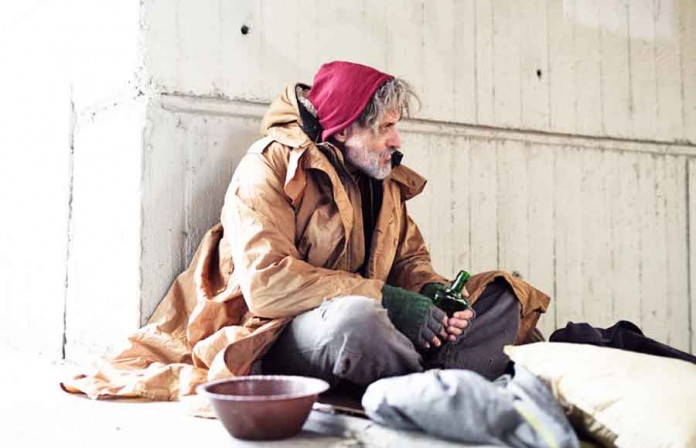 Is it proper, l’chatchilah, for a young married couple to apply for government welfare programs like food stamps and section 8?


The Rambam writes (Hilchot De’ot 5:11), “The way of sensible men is for one first to establish an occupation by which he can support himself. Then, he should purchase a residence, and then marry a wife….

“In contrast, a fool begins by marrying a wife. Then, if he can find the means, he purchases a house. Finally, late in life, he will search for a trade or support himself from charity.”

The Rambam assumed that a couple will first be sure they have the financial wherewithal to manage their married lives. This was – and remains – excellent advice. In situations of genuine poverty, though, it may be necessary for young couples to receive support from family and friends.

If poor couples are genuinely without financial resources and are legally entitled to government assistance, then they may draw on this aid as a last resort.

I have heard of cases, though, where young couples live in a nice home, drive a nice car, dress and eat very nicely… and are supported generously by parents or others. Their personal earnings are below the poverty level even though they definitely do not live in poverty.

The government welfare system was established to assist the genuinely needy. To take these funds on any other basis is fraudulent. People say: Others exploit the system, why shouldn’t we?

The answer is given by the Torah: “ve’asita hayashar vehatov.” The Almighty commands us to do that which is upright and proper. Any other behavior is an affront to the teachings of Torah.

My wife and I were in kollel for a good number of years and we tried our best to avoid taking government programs as we didn’t want to be on the dole, so to speak.

However, I can’t see anything wrong with it. Medical students (and other students) are advised to make use of government programs if they are eligible.

So if a person is learning in kollel or if a person is having difficulty making ends meet, I would say there doesn’t seem to be any reason not to take advantage of government programs provided that he is eligible.

We live in a medina shel chesed. The graciousness, kindness and generosity of the nation in which we live is remarkable.

If one doesn’t legally deserve the benefits and uses deception to receive them, then obviously – unfortunately, to some this is not obvious – receiving them is prohibited due to onaas akum, gezel akum, and potentially chillul Hashem.

If, however, one does legally deserve these benefits, there is no reason not to receive them and take advantage of them.

This has no connection to the prohibition of taking charity from non-Jews as this is not charity, but government help given to all citizens who qualify equally regardless of religion. Jews pay taxes like everyone else and have equal rights to benefit from programs funded by those taxes.

However, one who needs this government assistance should not adopt and flaunt an extravagant lifestyle as this leads to jealousy and hatred as it seems like “rich Jews” are fooling and ripping off the government.

I remember years ago a certain group in an area of Jewish poverty – where the vast majority benefited from government poverty programs – held a wedding for one of its prominent families in Yankee Stadium and a radio station reported on the vast amounts of chopped liver and other dishes that were served. This served no purpose except to incite jealousy, anti-Semitism, and severe criticism of that Jewish community.

(Even those not on government aid would be wise not to lead ostentatious extravagant lifestyles for reasons too numerous to go into in this venue.)

Clearly if there is any legal question about the eligibility to participate in a government welfare program, it is prohibited to apply. Stealing money from the government is stealing, and we are obligated to follow the laws of the land.

The husband may be in kollel and the money may enable him to learn, but that doesn’t justify dishonesty.

The real question is when a couple actually has little money and is eligible for such programs. The programs, though, were not meant for people who had the skills to earn a living but chose to live off welfare instead.

Technically, whether one or both of them could get a job that would cover their expenses is hard to prove definitively. But if a systematic pattern of religious Jews taking advantage of an ambiguity in the law became known, it would create a major chillul Hashem.

Some will try to justify relying on welfare because other segments of society do so as well. Even if one could show conclusively that this is true, it is a weak argument. To say that we are just like elements in society that we consider to be on a low level hardly befits the descendants of Avraham, Yitzchak, and Yaakov.

There’s no straightforward answer to this question. Obviously a person has a paramount responsibility to provide for his family. Im ein kemach, ein Torah. If one chooses to spend years in kollel, hopefully one has family to rely on.

Government welfare programs are intended for those who struggle to make ends meet. One should only turn to them after having at least tried to make a living.

To “l’chatchilah” take from these programs invariably depletes the pot which, in the long term, can adversely affect others who really need it. I’m aware of too many people who exploit the system, which frankly is just wrong.