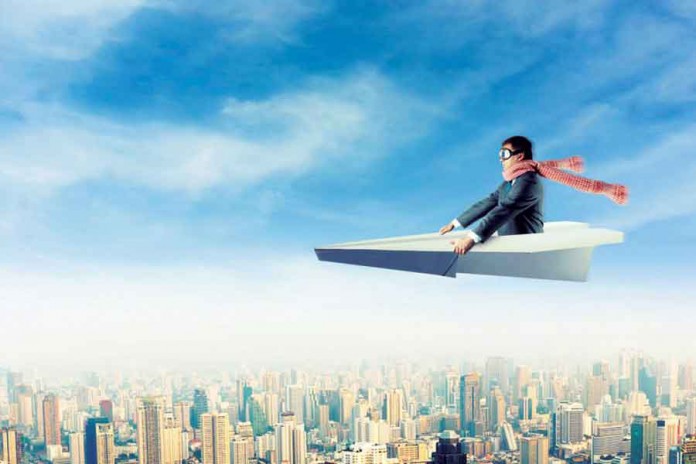 
Kiddush Hashem is one of the greatest mitzvos in the Torah, and in our times especially, a beautiful Kiddush Hashem results from davening in an airport, on an airplane, or in other public areas.

In a world that embraces freedom of religion, people respect a Jew expressing his faith and Judaism. They are intrigued and often will ask questions, which provides an opportunity to speak about Hashem and His plan for the human race.

Additionally, with today’s tragically high rate of assimilation, davening conspicuously provides an opportunity for our fellow Jews to see us and be inspired.

I recall once sitting near someone on a plane traveling to Europe. When a group of Jews got up in the back of the plane to put on tallis and tefillin to daven, he began to cry, telling me it reminded him of his childhood when he would see his grandfather daven at their home.

There are certainly other benefits that are derived from a Jew behaving with ga’on Yaakov, celebrating Yiddishkeit with pride.

The Shulchan Aruch (Orach Chayim 110) allows “Havinenu” – a very abbreviated form of Shemoneh Esrei – to be said in various pressure situations, such as travel.

The specifics matter little to us because the Aruch HaShulchan (110:6) points out that we no longer say this prayer as it was meant for people in earlier generations who ordinarily prayed with full attention who found themselves in a situation in which it was impossible to properly concentrate. We, who despair of such intent, cannot claim to need Havinenu.

That said, I wonder whether people today who pray on airplanes or in airports are in danger of – not just not having proper kavannah – but omitting or slurring words. Clearly, a person should not be comfortable praying under such pressured circumstances and should only do so if necessary, striving to be extra alert to say all the words, clearly and with as much attention as possible.

As far as “conspicuous” is concerned: Sadly, in this context, “conspicuous” often means “getting in other people’s way,” such as flight attendants trying to do their jobs. Abbaye teaches us in Yoma 86a that part of loving G-d is making sure we act in ways that will cause others to laud G-d and which will prove the value of Torah study and service of Hashem.

If “conspicuous” prayer annoys others, we may cause the opposite reaction – people may think that the Torah, G-d forbid, trains people to be uncaring.

I worry, therefore, that davening in a conspicuous manner may be a case of yatza sekharo b’hefsedo – whatever is gained is lost in the misimpression of Torah we give.

Setting aside security considerations, our mandate as Jews is quite straightforward and is presented to us at the very beginning of Shulchan Aruch (1:1). The Rema states that “one should not be embarrassed in front of people who [might] ridicule his divine service.”

After all, what do we have to be ashamed of – that the creator and master of the universe has called upon us to serve Him? There could be no greater honor.

Of course, there are practical considerations to be weighed as one must strive not to be unduly provocative to other people. Davening on an airplane often inconveniences other passengers. Congestion in the galleys or aisles is so disruptive that many modern-day poskim have recommended that people on airplanes daven alone, especially where provisions for group tefillah are not made.

Even in the airport, davening in the middle of crowds of quizzical onlookers is not conducive to the kavannah required for tefillah. But airports have plenty of semi-private spaces (some even have designated prayer rooms without overt religious symbols or icons) that are amenable to prayer.

I have frequently davened in airports without incident. Decades ago, I was forced to make an unscheduled stop in Düsseldorf, Germany – my first time in that country. Without any options, I davened with tallit and tefillin in a corner of the waiting area, with numerous passersby stopping to glance or gaze at this unusual spectacle.

I thought to myself at the time: “Good, let Germans see a Jew wearing tallit and tefillin on their soil.” And I survived. The rest of the world can only benefit from the presence of proud, fearless Jews. So can we.

A person needs to pray in a place conducive to concentration and prayer, where he or she won’t be disturbed by the surroundings, noise, or other people. If there isn’t a suitable place like this, he can pray in a secluded area in the street, or an airport, for example, provided that he doesn’t interfere with other [people’s activities].

Davening on an airplane can be problematic. It is considered acceptable for flight attendants to clog the aisles with food carts, but a passenger who stands up to pray is judged in a more negative light.

If no real disturbance is involved by a person praying on a flight, it is best to pray in a secluded spot, and all the better to pray in a minyan if one can be arranged. But if it will truly disturb other passengers – or during periods when the red warning light is flashing – one should [not daven with a minyan]. There is no halachic justification to pray in a minyan at the expense of others or to interfere with flight safety. 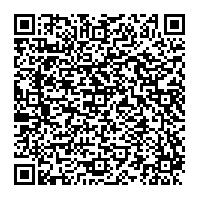