Johnson responded to a caller who complained his 5-year-old son could not receive halal meals at PS 134, the Henrietta Szold School, on Grand Street on the Lower East Side, and said: “Yes, they should be offered because there are a lot of children who otherwise can’t get food that works for them and their families.”

“I support us figuring out how we expand halal and kosher food across the entire system,” the council speaker reiterated, so that children “have dietary options that work for them.”

Corey Johnson, a Democrat, he has been Speaker of the New York City Council since 2018. He has endorsed Public Advocate Letitia James as the next Attorney General of New York, and Andrew Cuomo in his reelection bid as governor. Both politicians are pro-Jewish and pro-Israel. 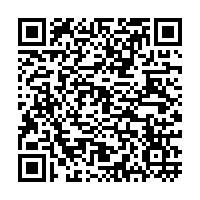