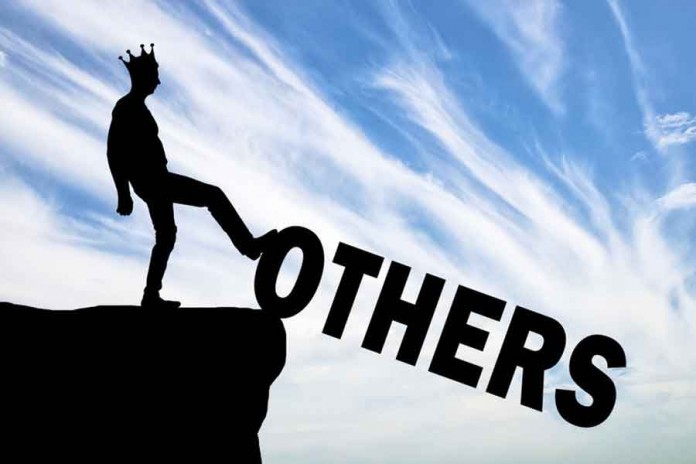 Should a person daven a long Shemoneh Esrei if others around
him might consider him arrogant (or holier than thou) as a result?

Before an individual publicly expresses extra piety in this manner, he should ask himself a few questions:

Do I daven this slowly when I’m praying privately? Will people have to wait for me to finish Shemoneh Esrei? Am I davening in a location in shul where I will draw attention to myself? Is my other religious behavior particularly scrupulous? Do I feel superior to the other who pray quickly?

The Talmud (Berachot 31a) notes that when Rabbi Akiva was in public, he shortened his prayer in order not to burden the congregation; only in private did he fully express himself.

If a person is sincere and sensitive to others and doesn’t make a show, I doubt others will see him as arrogant.

While a concern of perceived arrogance is sometimes taken into account when someone acts in a manner that isn’t in keeping with the norm, this concern is not typically relevant in relation to the question at hand.

When it comes to tefillah, the primary objective is not reciting words but having kavanah (see Rambam Hil. Tefilah 4:16). To that end, numerous halachic sources maintain that one shouldn’t shorten one’s tefillah even if it means missing Kedusha, let alone shorten it because of how others may perceive you.

Needless to say, not worrying about what others think only applies when you daven at length for the sake of having more kavanah. If you take sneak peeks to determine that you’re the last guy in the room to finish (yes, I’ve seen that happen), then of course the whole approach is utterly flawed.

Davening with greater intention and contemplating the meaning and implications of every word is definitely praiseworthy. Yet, behaving in a manner that’s different than the norm may constitute “mechezei k’yihurah” – appearing to be haughty – even if one is not acting out of haughtiness.

Perhaps the conditions for a behavior to be considered mechezei k’yihurah would be the following:

1) It must be a behavior exclusive to special people or special conditions that is performed by someone who, by his total demeanor, doesn’t qualify as a special person (e.g., a person today carrying his esrog and lulav all day long like the special people in Yerushalayim used to do).

2) It must be a praiseworthy behavior that cannot be done by everyone that is performed by someone who doesn’t stand out for his observance in general (e.g., going to escort the Torah when it doesn’t pass before you or coming close to view the letters at hagbah, which is logistically impossible for everyone to do in a large congregation).

Hence, someone who davens a lengthy Shemoneh Esrei may be guilty of mechezei k’yihurah if this behavior really isn’t the norm in his place and he doesn’t excel in general Torah observance. But if it is the norm (with regards to at least some people), then davening a lengthy Shmoneh Esrei may not be a problem as long as it isn’t exceedingly long.

The time of year is also relevant. There are periods, such as Elul and the yamim nora’im season, when it’s the custom of many to daven longer with more kavannah.

Finally, all the above only applies if one’s long Shemoneh Esrei doesn’t affect others adversely (e.g., it doesn’t prevent others in front of him from taking three steps back or the chazzan from beginning chazaras hashatz).

Rav Yisroel Salanter once said: It’s praiseworthy to run to daven, but not to step on others’ toes in doing so.

A person should pray humbly and sincerely. Proper prayer puts one into relationship with the Almighty; it is a sacred time, a quiet and transformative time.

When one prays, one focuses on being in the presence of Hashem.

True religiosity is marked by personal, private devotion. Yuhara – pretentiousness – is a violation of the essence of religious experience. Tradition speaks of 36 hidden righteous people upon whom the world depends. They live piously and inconspicuously. They do not seek – or want – to flaunt their piety.

When one prays Shemoneh Esrei (or any other parts of the service), one should do so in a way that combines these two principles: 1) sincere personal outpouring of heart; 2) inconspicuous devotion.

One should pray Shemoneh Esrei as long as it takes for him or her to do so properly. No one should stand in judgment over how much time another person takes for his or her prayer.

If a person is the rabbi or shaliach tzibbur of the congregation, he should not elongate his prayer so as not to cause excessive delay to the worshipers. But a private individual may take as much time as needed, as long as he/she does not disturb other congregants.

If a person is indeed trying to appear “holier than thou,” let Hashem be the judge. We are better off concentrating on our own prayers and not worrying about how long it takes for our neighbor to complete Shemoneh Esrei.

Davening properly – understanding what the words mean and understanding that you’re speaking to Hashem – is very, very difficult and requires a tremendous amount of work.

So if something is making it more difficult for you to daven, my first suggestion would be to find a different shul or minyan. The difference between davening properly and not is dramatic in terms of its effectiveness its impact on you, so if you’re in a situation where you think people will look down on you if you do what’s right, good, and best for yourself, put yourself in a different situation.

If that’s too difficult, it might be time to ask yourself: Do people really care? Meaning, yes, people will make comments, but at the end of the day, people are focused on their issues and, with all due respect, you’re not that important in their mind.

And that’s something to really think about in all situations – especially in reference to things that can make such a difference in your life.