An Arab terrorist, a member of the Palestinian Authority’s (PA) security forces, was killed on Wednesday while carrying out a terror attack against IDF Golani Brigade soldiers stationed south of Shechem (Nablus), in Samaria.

The IDF stated that a man driving a vehicle shot his handgun at IDF forces securing a junction south of Shechem.

The soldiers fired back at the man and killed the terrorist.

No Israelis were injured in the attack.

PA sources identified the terrorist as Bilal Adnan Rawajbeh, 29 from the village of Iraq Tayeh. He served as a legal advisor for the Preventive Security Forces with the rank of captain.

Members of the PA’s security forces have been involved in many attacks on IDF forces and Israeli citizens. 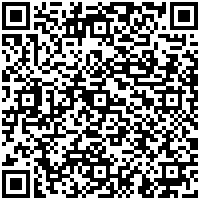