Mr. Green had lent his nephew Yossi the substantial sum of $100,000 for a year, without interest, to expand his business. However, Yossi’s business had taken a severe, unexpected downturn during the year and was nearly bankrupt. “I would like to honor the loan,” Yossi said to his uncle toward the end of the year, “but I don’t have available cash to repay you.”

“I’m willing to work something out,” said Mr. Green. “What do you suggest?”

Mr. Green wrinkled his nose. “I don’t like dealing with post-dated checks from third parties,” he said. “There’s the risk that their checks might bounce. I also don’t want to have to wait half a year for the money. You can take the check to a check cashing place.”

“But they charge very high fees,” said Yossi, “especially with my current credit rating. I’m willing to consider the check at 95 percent its face value and will pay you the $5,000 difference. This way you won’t lose from waiting the half year.”

“But what about the possibility of default?” said Mr. Green. “It’s bad enough that you are unable to pay. How do I know that the check from this client of yours won’t bounce? Then I’ll be out the money entirely.”

“I’m willing to take responsibility for the check,” offered Yossi. “If the issuer defaults, I will remain obligated to you.”

“I assumed that was obvious!” said Mr. Green. “In any case, let me mull over your offer. I’ll let you know tomorrow.”

As Mr. Green considered the issue, he became concerned that perhaps there was a ribbis issue in accepting the post-dated check at a discount from its face value. He contacted Rabbi Dayan and explained Yossi’s offer. He asked:

“Can I take the post-dated check from Yossi at a discount?!”

“A person who owns a loan or possesses a third-party check, even if not yet due, is allowed to sell it to another below its face value,” replied Rabbi Dayan. “There is no prohibition of ribbis in this” (Y.D. 173:4).

“However, the seller may not take responsibility for the loan in the eventuality that the borrower will default and the buyer will not be able to collect the debt. This is because then the sale is effectively annulled, so that the money paid initially to the seller was like a loan. When the buyer/lender is guaranteed not to lose, yet has the possibility of gaining if he collects the loan at face value, it is not allowed” (Taz 173:3; Bris Yehuda 15:1).

“Furthermore, the loan has to be sold in a manner that is halachically valid; it is not sufficient simply to hand over the loan document. The manner of selling a loan is detailed in Shulchan Aruch (see C.M. 66:1; 126:1). However, if the common commercial practice is to sell loans in a certain manner, such as when selling bonds, it is binding and suffices. Similarly, endorsing a check is considered by many as sufficient to sell it to others nowadays” (Pischei Choshen, Halvaah 10:13).

“The current value takes into account the risk of default,” concluded Rabbi Dayan, “but can also include in it the delay in payment, if this factor is considered commercially in assessing the current value of the check.”

Verdict: A person can sell a post-dated check at a discount, and there is no prohibition of interest, provided that he does not take liability for the check. Similarly, a person who does not have money can pay with a third-party check at its current value. 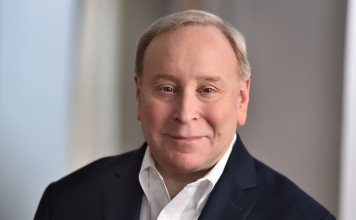