Hurricane Sandy had knocked down the power lines to Noach’s house. After three days with no electricity, he heard that a neighbor had a spare generator.

“I’m happy to lend the generator to you, but it has no gas,” said his neighbor. “I have jerry-cans for you to fill; you’ll have to wait in line to buy gas.”


Noach had seen the lines at the gas station. The hurricane had severely disrupted fuel distribution and very few stations were open. The line of cars waiting for gas stretched many blocks. Even the line of people with jerry-cans stretched all the way around the corner.

After Noach waited five hours, it was finally his turn to fill up. He was pleasantly surprised to see that the price of gasoline was the same as before the hurricane, even though this was the only gas station operational for miles around. The government had imposed controls to prevent price gouging, requiring the stations to maintain their former prices.

Later in the week, Noach met Mr. Gassner, who operated the gas station. The storm had been a boom for his business. His team had worked hard, dispensing gas non-stop, 24 hours a day, for three days, until other stations reopened.

“It was considerate of the government to freeze the gasoline prices,” Noach commented.

Mr. Gassner, however, was furious about the price control. “It wasn’t fair that the government required us to keep regular prices,” he complained. “People were crazy to buy even a small amount of gas, and the supply was so limited. By market theory of supply and demand, I could have easily charged three times the price. People would have walked away happy that they got anything!”

Noach was surprised to hear this opposing perspective. “It would be interesting to hear what halacha has to say about this issue,” he said to Mr. Gassner.

“Do you really think halacha has what to say about this?” asked Mr. Gassner.

“I’m sure it has something to say,” said Noach. “Let’s go ask Rabbi Dayan!”

The two went over to Rabbi Dayan. “Is there any source in halacha for government regulation of prices?” Mr. Gassner asked.

“This case is reminiscent of a fascinating halacha,” said Rabbi Dayan, “which emphasizes the need for control of the market on critical items.

“The Gemara [B.B. 90a] states that a person should not earn a profit margin of more than 1/6,” explained Rabbi Dayan. “This means that if the item cost him $100, he should not sell for more than $120, which would provide a profit greater than one-sixth of the sale. This regulation is limited by the Rambam and Shulchan Aruch to items that entail chayei nefesh – staple food items – such as wine, oil, and flour.” (C.M. 231:20; Pischei Choshen, Ona’ah 14:8)

“But what about the store’s overhead and labor costs?” asked Noach. “If a store were to charge only 20 percent above its purchase cost from the supplier, it would never break even, forget about a profit!”

“The overhead is added to the cost, as well as basic consideration for time and labor,” explained Rabbi Dayan. “Thus, if the food itself cost $100, the proportional share of overhead is $20, and basic time and labor amounts to another $5 – the base cost is $125 and the store would be entitled to sell for $150.”

“But if other, non-Jewish, stores do not follow this halacha, it’s unfair to limit the individual’s profit,” argued Mr. Gassner. “They may easily mark-up 70-100 percent.”

“This halacha applies only when a beis din has control over the entire market and can force all the sellers to follow suit,” said Rabbi Dayan. “However, if the other stores sell as they please, an individual store owner is not required to curtail his profit margin.”

“What about other items?” asked Mr. Gassner. “Is there any profit limitation for gasoline?”

“The SM”A [231:36] explains that staple food items have a one-sixth limitation, as mentioned,” said Rabbi Dayan. “For items related to food preparation it is permissible to charge double the cost, and for items unrelated to food the store can charge whatever mark-up it wants.”

“So where does this leave us about the price freeze imposed on the gas?” asked Mr. Gassner. “Would halacha view this a fair regulation?” 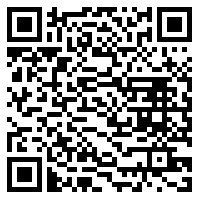