Defense Minister Ehud Barak made the following statement at a press conference earlier this evening (Wednesday, 14 November 2012), at the Defense Ministry in Tel Aviv:

“A few hours ago, the political echelons ordered the IDF to launch Operation Pillar of Defense in Gaza. The accuracy of the intelligence on behalf of both the Israel Security Agency and our Military Intelligence, as well as the precise action of the IDF, led to the elimination of Hamas’ military leader [Ahmad] Jabari. We also struck most of the long range Fajr missiles, additional Hamas infrastructure, as well as other terror elements.


Israel does not want war. But Hamas’ consistent provocation in recent weeks, in particular the incessant rounds of artillery rockets and mortars into the heart of our southern communities, the tunnel which exploded deep into Israeli territory, the anti-tank missile fired at a jeep – again inside of Israel – forced our hand into acting with both precision and decisiveness.

We must be clear that Israel will not tolerate a situation in which there is incessant [rocket] fire on our citizens. No life-loving country would accept this situation.

The goals of the operation are as follows:

I would also like to express my deep appreciation for Chief-of-Staff Lt.-Gen. Benny Gantz, Israel Security Agency Director Yoram Cohen, head of the Military Intelligence and his personnel, the IDF, the ‘Iron Dome’ system and its operators, and of course the Air Force. I wish you all continued success throughout the operation. The IDF will receive the full backing to do all that is necessary in order to restore quiet to the south.

There is no ‘quick-fix’ solution. Right now, as we stand here, massive barrages of missiles are being fired at our cities. But we will achieve these aforementioned goals throughout the course of this operation.

During the last few hours, I have spoken with mayors and regional councils throughout the south. I would like to commend them on their resilience and the spirit of the civilians in all the communities in the southern region. It is the source of our strength in this battle that we are waging today.

We are still at the beginning of the event, not at the end, and we expect some complicated tests ahead. It will require vigilance; not only in Gaza, but also in Israel and in Judea and Samaria. But in the long run I believe that this operation will contribute to strengthening deterrence and reinstituting the calm in the south. I call upon the leaders of the region to act with composure, in order to promote stability and restore quiet so that we are not – heaven forbid – dragged into further deterioration.” 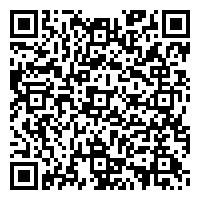