Sure enough, toward evening, strong winds began howling. The trees swayed fiercely back and forth in the wind. Mr. Meyers looked out his window. “Look at our neighbor’s tree!” he exclaimed to his family. “See how it’s twisting and shaking in the wind!”


As the family watched, there was a violent gust. They heard a “crack,” and a large bough broke off the neighbors’ tree. It fell on their property, not far from the house.

“Wow!” exclaimed Mr. Meyers. “Thank G-d, it didn’t hit the house and cause real damage, but someone is going to have to remove that heavy bough.”

After the storm, Mr. Meyers turned to his neighbor. “A bough from your tree fell in our property during the storm,” he said. “It has to be removed.”

“Yes, I saw it,” acknowledged the neighbor. “I don’t have the requisite tools to deal with it, though. I’ll have to hire someone to do it.”

“I’m not out to cause you an extra expense,” said Mr. Meyers. “It’s not like you’re at fault. The storm was unusually strong. There was nothing you could do. I’ll split the cost with you.”

“Why should you have to pay?” said the neighbor. “It’s my tree. I’m responsible for it!”

“If you want to pay, I won’t object,” said Mr. Meyers, “but I’m not convinced that you are liable. Would you like to consult someone first?”

“I’m happy to do that,” said the neighbor. He called Rabbi Dayan and asked, “Am I required to pay for removing the fallen branch?”

“A tree that grows on your property belongs to you,” replied Rabbi Dayan, “even if the branches lean into your neighbor’s property” [Rema, Choshen Mishpat 167:2].

“The Mishnah [Bava Metzia 117b] teaches that if a person’s wall collapsed into a neighbor’s garden, the neighbor can demand that the owner remove his stones. This ruling indicates that you are legally required to remove the tree” [Choshen Mishpat 166:1].

“However, the Gemara [Bava Kamma 29a) teaches that if a person’s jug shattered in the street through no fault of his own and he didn’t remove the disowned shards, he isn’t legally liable for any damage they cause – although he is obligated b’dinei Shamayim if he could have removed them. This ruling implies that you aren’t legally required to remove the tree since a person isn’t liable for something that fell through no fault of his own” [Choshen Mishpat 412:4].

“Tosafos distinguishes between these two cases by arguing that the owner of the wall does not truly relinquish ownership of the stones, and since they remain his, he must remove them. In contrast, the owner does disown the fallen shards (as he does the tree in our case).

“Tosafos HaRosh offers a different answer: The stones (and the tree in our case) damaged as they fell by rendering the property unusable. The shards, however, damaged after becoming disowned.

“Nonetheless, perhaps there is no damage here to Mr. Meyers’ property (unlike stones in the garden) and no concern that the tree will cause injury (unlike the shards). Thus, it is not completely clear that there is an obligation even b’dinei Shamayim to pay. There is just the incidental cost of removal, which many consider grama, which does not carry enforceable liability” [Rema 386:3].

“In any case,” concluded Rabbi Dayan, “Mr. Meyers insurance will usually cover the removal, since it was a peril of nature.” 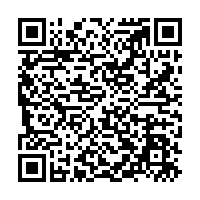