French President Emmanuel Macron on his visit to Beirut last month warned the country’s politicians they must implement swift reforms or face sanctions, Reuters reported Thursday. The French have apparently become fully committed to fixing their former protectorate and are proposing a road map for Lebanon’s next government.

President Macron was back in Beirut to celebrate the country’s centenary on Monday this week. In his second visit to the country since the deadly explosion last month, Macron is urging Lebanese officials to implement government reforms.


According to Le Figaro, Macron met a Hezbollah lawmaker when he visited Beirut on August 6, and told him, “Prove you’re Lebanese,” suggesting Hezbollah should refrain from being a proxy for Iran and start taking care of its own country. Macron’s visit followed the devastating blast in Beirut port that destroyed half the city.

Le Figaro reported that the French president spent eight minutes with the leader of Hezbollah’s faction in parliament, Mohammed Raad, which was the first such meeting between a senior French politician and a representative of the terrorist organization.

France distinguishes between the “military” and “political” arms of Hezbollah, so that the reported meeting was not illegal per se, still, no such meeting had been reported since the establishment of Hezbollah in 1982.

The French president told MP Raad that he wanted to work with Hezbollah on a solution to the Lebanese crisis but for that to succeed Hezbollah must prove its loyalty is to Beirut over Tehran.

Reuters reported reviewing a copy of the French restoration program for a new government in Beirut for the next year, presuming such a government is established by mid-September. According to Reuters, within 15 days, the new government must offer a plan for resumed talks with the International Monetary Fund. Then, within one month, an IMF-approved capital control law must be implemented, coupled with an audit of Lebanon’s central bank. That’s French for Show me the money (Montre moi l’argent).

Also, according to Reuters, France insists on fixing Lebanon’s power supply, which includes appointing an electricity regulator, offering tenders for new power stations, and killing the plans for the Selaata power plant.

For many Lebanese, the state’s failure to deliver electricity in a reliable fashion is the most obvious representation of its being a failed state – like Gaza, but with Hezbollah instead of Hamas. Every day, lights, television sets, refrigerators and washing machines go off for hours when the state power agency, Electricité du Liban (EdL) blacks out. Meanwhile, EdL is losing $2 billion a year, which equals about one third of Lebanon’s budget deficit.

In order to address the chronic electricity shortages, in 2019, Lebanon’s Energy Ministry solicited bids for a private partner to develop a gas-powered plant in the Selaata area on the northern coast to provide electricity to the Electricite du Liban grid, at a projected cost of $600 million.

But some observers criticized the ministry’s decision to move the proposed site of the plant from EDL-owned land about 3 kilometers north of the village of Selaata, to privately owned industrial land. A map that was attached to the bid memorandum shows the plant as being sited on land owned by the Societe Des Huiles Et Derives company, which owns a vegetable oil factory next to the proposed site.

And this, apparently, is just one of the numerous, depressing, examples of corruption in government and in the business sectors which have turned Lebanon into the Gaza Strip north of Israel.

Which is why the French now want to tackle graft, in the form of a national anti-corruption authority, and legislation to reform customs, and public procurement.

Also, the new government must pass a 2021 budget before the end of 2020. And then, within one year, Lebanon must have free parliamentary elections, under a reformed elections law which should be written with the participation of civil society.

It’s interesting to note how the failed Arab states tend to include a substantial shiite population, while the prosperous ones do not. Instead of Shiites, the Sunni countries have oil… 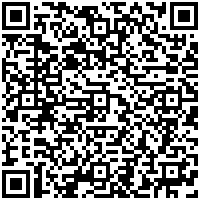