Avner was hired for the year to work on weekends as a waiter for the caterer in his shul, Mr. Essen. Their wage agreement was $300 for a full Shabbos, which included setting up before Shabbos and cleaning up on Motzoei Shabbos.

One Tuesday evening, towards the end of the year, Mr. Essen called Avner. “I want to confirm that you’re available this Shabbos,” he said. “There’s a sheva brachos.”

“I’m considering stopping,” Avner said. “$300 is no longer enough. I’ve been working with you for ten months already. I hear that some friends make more.”

“I pay all the waiters $300,” said Mr. Essen. “From what I know, that is fair payment for a Shabbos, perhaps even on the generous side.”

“I don’t want to commit,” said Avner. “Some classmates talked about possibly visiting this Shabbos.”

“I could get a different waiter,” said Mr. Essen, “but I really would like you to continue. You are experienced and I enjoy working with you. I’ll do something for you.”

“What about payment?” asked Avner.

“I told you that $300 was not enough,” Avner said with surprise. “You said that you would do something for me.”

“That’s why I’m sending you home early,” said Mr. Essen. “I never agreed to add to the salary, though.”

“I’d like to hear what Rabbi Dayan has to say about this,” said Avner.

“Does Mr. Essen have to add to my salary?”

“The Gemara (B.M. 77a) teaches that if someone hired workers at a certain wage, but during the work the going rate rose, as a result of which the workers balked or expressed displeasure, and the employer appeased them so that they continued working – he does not have to add to their salary. The workers cannot insist that they agreed to continue only with the intention that the employer should add, since he can claim that he intended to improve work conditions with extra food or the like. The same is true in the opposite case, if the going rate dropped and the employer balked” (C.M. 332:5).

“Some Rishonim write that even if the worker stated that he is willing to finish the work only for a defined higher price, e.g., $350, but could not retract without compunction (such as if it were not easy to get a replacement) – if the employer appeased him without explicitly agreeing to the raise, he can still pay the original wage. Nonetheless, some qualify that this is only if the employer indicated objection to changing the salary when appeasing, while others maintain that even if he placated the worker to continue without indicating objection, it does not express his consent to change the prior stipulation” (Taz 221:1; Aruch HaShulchan 332:15,16).

“However, if the worker could retract without compunction, as in this case, that Mr. Essen could easily get a replacement waiter, when the employer appeased him to continue without refusing to the new sum, he would have to pay the higher wage stated by the employee. In such a situation, we consider the former employment agreement as void, so that the continuation is considered a new employment with consent to the current salary stipulation” (Rema 332:5; Shach 333:30).

“In our case, though,” concluded Rabbi Dayan, “since Avner did not mention a new sum, Mr. Essen is not required to add to the stipulated salary.”

Verdict: A worker or employer who expressed displeasure about continuing work at the set wages, and the other side appeased him so that he continued to work without agreeing to a new price, the wages remain the stipulated amount. 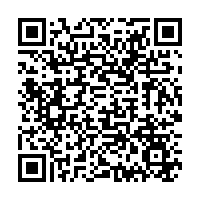