Naftali Stein was flying to Florida for two weeks with his family and asked his brother Baruch to drive them to the airport.

“I’m happy to help,” Baruch said. “I actually was going to ask you whether I could borrow your car while you’re away.”


“That’s fine,” Naftali said. “I just ask that you drive us to the airport and pick us up when we return. That will save us hiring a car service.”

“No problem,” Baruch said. “The extra car will be a great help to us.”

Baruch drove the family to the airport, and then drove home and parked the car near his house. A few days later, there was a thunderstorm, and a branch broke off a tree and landed next to the car, smashing one of the side-view mirrors.

When the Steins returned, Baruch picked them up in the airport and told Naftali what happened. “Obviously, I’ll pay for the mirror,” said Baruch. “It’s not worth invoking the insurance.”

“Why should you pay?” Naftali said. “It’s not your fault that the branch fell.”

“Nonetheless, I borrowed the car and should pay,” replied Baruch.

“If you’re halachically liable, I won’t object,” said Naftali, “but I don’t want to take payment if you’re not.”

The two approached Rabbi Dayan and asked him what to do. After considering the matter, Rabbi Dayan said, “As you know, there’s a difference between a borrower (sho’el) and a renter (socher) in cases of oness (uncontrollable circumstances). A borrower is liable in almost all situations since he’s the only one benefiting from the item [Choshen Mishpat 340:1].

“A renter, however, who pays to use the item, is liable for theft and preventable loss but not for oness. He’s like a shomer sachar (paid guardian) and halacha doesn’t take into account how much a shomer sachar is paid – whether he’s paid an amount commensurate with the value of the item (or his effort) or not [Choshen Mishpat 185:7, 303:1, 307:1; Shach 303:1].

“Furthermore, the payment can be in the form of a service. It doesn’t have to be actual money. Thus, two people or partners who simultaneously watch each other’s items are considered shomrim sachar [Choshen Mishpat 176:8; Aruch Hashulchan 303:3].

“Similarly, a person who does a service in return for using an item is considered a renter, not a borrower. It doesn’t make a difference whether the service is of commensurate value to the worth of him using the item [Rema 303:1; Pischei Choshen 10:4].

“Thus, Baruch’s agreement to drive your family to and from the airport is considered payment for using the car. He is therefore treated as a renter, not a borrower, and he is not liable for uncontrollable damage.

“As such,” concluded Rabbi Dayan, “Baruch is not liable for the damage to the mirror since renters aren’t liable for damage caused by uncontrollable circumstances.” 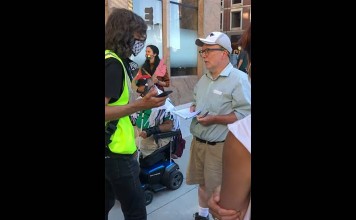 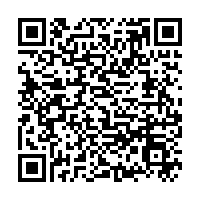