The calm in the Gaza Strip and the surrounding settlements was maintained on Friday morning after the ceasefire had taken effect at 2 AM. The Home Front Command has lifted its defensive restrictions in the Gaza envelope and southern settlements, and, barring an unexpected development, on Sunday the education system will return to regular activity.


Late Thursday night, Prime Minister Benjamin Netanyahu issued a statement saying, “The Security Cabinet, this evening, unanimously accepted the recommendation of all of the security officials, the IDF Chief-of-Staff, the head of the Shin Bet, the head of the Mossad, and the head of the National Security Council to accept the Egyptian initiative for a mutual ceasefire without pre-conditions, to take effect at a time to be determined.”

According to leaks to the media by officials who attended the cabinet meeting that ultimately decided to declare the ceasefire, some cabinet ministers complained that the intelligence provided in the operation was “lousy” and did not provide “reality-changing targets” to be attacked, while the Air Force failed to destroy Hamas’ defensive network of tunnels, the famous “metro,” which was one of the main missions of the operation.

Some ministers also criticized the failure of assassination attempts on senior Hamas figures, and the fact that rockets continued to fall in Israel even on the last night of the operation. Some media outlets cited an attack by Transport Minister Miri Regev on IDF chief of staff Aviv Kochavi. Apparently, Regev demanded that the operation continue and Kochavi objected. Regev issued a denial.

The State Department announced Friday morning that Secretary of State Anthony Blinken is expected to arrive in the Middle East. Blinken expects to meet his Israeli, PA, and other counterparts in the region during his visit.

The IDF insists that the damage it inflicted on Hamas was very big, and will impact the terrorist organization’s in the coming years as it attempts to rehabilitate itself. But it should be noted that at this point Hamas is proving that its rocket capabilities have remained high and the attacks of the last 11 days have not hit it hard enough to degrade its stockpile of rockets and mortar shells significantly.

As to killing terrorist operatives, with emphasis on senior members of Hamas’ military wing, the score so far is low compared to the early expectations the IDF was projecting.

IDF spokesman, Brigadier General Hidai Zilberman, summed up the operation in Gaza on Friday morning, noting that the IDF had destroyed more than 100 kilometers of Hamas’ defensive underground array – a.k.a. the “metro.” The IDF also claims the scalps of 25 senior Hamas officials and 200 activists.

Zilberman noted that 570 rockets, launchers, and launch pits were hit during the operation to destroy Hamas’ metro tunnel system. 70 multi-barrel launchers and 35 mortar-related assets were damaged.

Which brings up the question – where will the Qatar suitcases filled with upwards of $30 million be deposited now?

On the IDF preparations before the ceasefire was to take effect, Zilberman said: “We wanted to ensure that with the start of the ceasefire, there will not be a large and significant Hamas barrage against Israel. This is why the IDF launched dozens of aircraft over the Gaza Strip at midnight. Fighter jets were hovering over the Strip, as well as UAVs, ready to hit dozens of targets before the ceasefire took effect. The message to Hamas was that if there was a barrage of rockets on Israel, we would attack dozens of targets simultaneously.”

“In reality, in the last two hours before the ceasefire, about 40 rockets were fired, 90% of which fell in open areas, and the rest were intercepted,” Zilberman reported. “There was no need for the potential plan we had prepared, and after a few more minutes the planes and helicopters returned to Israel.”

The underground barrier that was built along the Gaza border in recent years, and the excellent defensive work done by the Gaza Division during the operation, as well as the navy that held back the threat to Israel from the sea, did their part in the past 11 days of fighting. And as a result, as long as the IDF did not send infantry units and tanks into the Gaza Strip, the Hamas operation was limited to only rockets and mortar shells as its weapons of war, and Iron Dome has proven itself capable of frustrating these efforts.

Hamas hoped to achieve a decisive blow before the end of the campaign by carrying out quality attacks inside Israel through the tunnels, as well as raids on Israel’s coastal communities, and armed UAV attacks.

The IDF was able to thwart all of these actions through an aggressive defense, hitting terrorists on the other side of the border, which made all the difference in maintaining the security of the residents of the envelope communities.

The attack coordination unit in the Gaza Division, known as the Fire Canopy, quickly directs fire from the ground and from the air to hit terrorists who go out to launch rockets and anti-tank missiles at Israel or terrorists who enter the offensive tunnels in an attempt to infiltrate Israel.

This week, Kan 11 News broadcast a report about the IDF female watchers who know every point in the Gaza Strip by heart and report in real-time to the pilots, drone operators, and artillery units of any small change in their theater. To their credit go the military’s precise spotting of vulnerable Hamas and Islamic Jihad rocket-launching squads whose members were eliminated before they managed to launch their rockets at the Israeli civilian population: 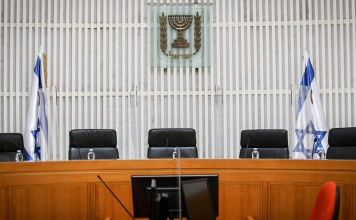 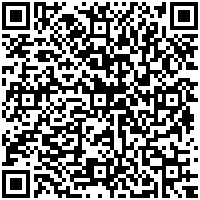