You’ve been there before- you walk on the street of Jerusalem, and a [so-called] “beggar” is standing on your way, with his outstretched arm, not verbally requesting a few coins.

What do you do?


On the one hand, this is a fellow Jew, and perhaps he is in real need of financial assistance.

On the other hand, he may be a faker, playing the game and “raking it in.”

In a more civilized world, I would expect one or the other, or perhaps a permutation of the two extremes above.

But alas, to my dismay, we are not always privileged to live in such a world. Seems to me that the majority of people walking down that sidewalk will tend to just ignore the gentleman and walk right past him, without acknowledging his presence in any significant way.

After all, it’s so safe: you didn’t refuse to give a donation, on the one hand, and you also didn’t put your money in the hands of a potential phony. You just “avoided the situation” by walking right by. Pretending the above reality [i.e.- a beggar on the street] doesn’t exist.

It can be the beggar, the email you received but don’t have a good response to, the phone message you don’t return due to its challenging content, and many more examples. In all the above, the safest route to take is to ignore – to pretend not to have received the email, not to have heard the message, and of course, walk right pass the gentleman.

In a word, you just pretend the above never happened, hoping to will it out of existence.

Just one problem: It does exist.

Let me introduce you to a figure you probably have heard of- R’ Yochanan Ben Zakai. The leader of the Jewish people on the eve of the destruction of the second Beit Hamikdash was quite the Tzadik [Tractate Sukka 28a]:

“They said about R’ Yochanan Ben Zakai; NEVER did he speak an idle speech in his life, and never walked 4 amot without [learning] Torah and with Tefillin on his head, and never did anyone get to the study hall before him, and never did he fall asleep in the study hall…and never did someone ever find him doing nothing, but rather he was always sitting and learning… And never did he say “it’s time to stop learning and go home except for the eve’s of Pesach and Yom Kippur…”

Such righteousness condensed into just one man is truly an amazing achievement! Definitely something to aspire to, to say the least.

And yet, this same man did something else…when walking in public [Tractate Berachot 17a]: “They said about R’ Yochana ben Zakai that never did anyone succeed to offer their salutations to him first, and even the non-Jew in the marketplace. ”

Such a Tzadik, heavily saturated in learning, Torah, Tefillin, Tzizit…and yet said hello to everyone on the street? Even the [not-so-important] non-Jew?

Seems to me that the behavior above is the very basis of being a Jew. As our sages teach [Sifri, Ve’et’cha’nan, paragraph 32]: “And one shall love the Lord your God” [the second verse of the daily Shema] – make [God] be loved upon the people [of the earth] like Avraham your forefather”

Indeed, Avraham’s conduct was the very antithesis of “ignoring”: Standing in excruciating pain – just days after this over-90-year old man performed a circumcision on himself – in the heat of the afternoon, and out of the corner of his eye, he spots three [unimportant, rather ordinary] people walking.

He had every legitimate excuse in the book to just disregard them:

And yet, despite all of these potentialexcuses, Avraham refuses to ignore them [Beresheit 18:2-3]:

“And he lifted his eyes and saw, and behold, three men were standing beside him, and he saw and he ran toward them from the entrance of the tent, and he prostrated himself to the ground. And he said, ‘My lords, if only I have found favor in your eyes, please do not pass on from beside your servant.'”

You know the rest of the story, and it’s outcome. The bottom line is simple – he didn’t ignore them!

What would have happened if Moshe would have seen the “burning bush” and just ignored it? What would have been the reality of our lives if, when God called out from that bush with the words “Moshe, Moshe” [Shemot 3:4] Moshe just “pretended not to hear” [as Adam and Chava did, in the aftermath of eating from the forbidden tree, when they “hid” from G-d, Beresheit 3:8] instead of saying [ibid], “Here I am?!” Moshe was far from asking, or wanting, the job of leading the Jewish people from servitude to freedom [see ibid chapter 3-4], and yet he was far from ignoring it; rather arguing back and forth till “convinced.” 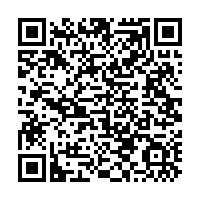