The uncontested facts of the atrocities committed during the Crown Heights riots of 1991 portended a harrowing forecast for the future. A community had been subjected to a pogrom by agitators who flagrantly called into bullhorns in the middle of the day – and just feet from the police – for the death of the Jews. An innocent scholar was murdered, and the mayor had no inhibitions in viewing it (initially) as a robbery gone bad.

What was there to do when no one was willing to assume responsibility, acknowledge errors, or adopt a fail-safe for the future? The Lubavitch community of Crown Heights felt like they were being left out to dry. The police had not posted a reward for solving Rosenbaum’s murder, appointed an investigative team, or done anything but obstruct proceedings to put the responsible parties behind bars.


Accordingly, Rabbi Sholom Ber Hecht, who was appointed to head the Lubavitch committee dealing with the riots, called Yankel Rosenbaum’s brother Norman in Australia. Rabbi Hecht explained that the Lubavitch community’s attempts to dialogue with the police and government had failed – but that if a family member were to become involved, perhaps the wheels of justice might begin to turn. This was a most unusual request, as murder investigations are the province of the police department. Families are usually only called upon if there is a request for eyewitnesses.

Norman Rosenbaum was the only one in his family up to making the trans-world trip and accepting the challenge. Naively, he thought that he could quickly prod the police into doing their work; in no time, he learned otherwise. Indeed, he discovered that if he did not personally direct the investigation into his brother’s murder – entailing door-to-door visits, combing the crime scene, and investigating the hospital, literally becoming a private investigator – it would not be done.

Norman was a well-known Australian barrister and law professor. Alas, how could a lawyer specializing in taxes and white-collar crime delve into this field? The leap, Norman explained, was not as august as one might imagine. Rosenbaum’s line of work was investigation-intensive, and although it had never concerned a murder, the fundamentals were not dissimilar; all that was necessary was some (major) adaptation.

Norman arrived for the first time in New York at the end of October 1991 and conducted a press conference at 824 Eastern Parkway, adjacent to Lubavitch headquarters. The ladies and gentlemen of the press corps had a very clear agenda, and it was not to report the news. The Crown Heights riots, at least the Lubavitch and Rosenbaum take on them, did not sit well with them.

In liberal New York City, with a liberal mayor and an exceptionally liberal media, Rosenbaum was about to turn back the clock. It was bad enough that Ed Koch and Rudy Giuliani had labeled the disturbances a “pogrom” and that the NYPD had become the laughingstock of the world. Rosenbaum was about to rub their noses in it, and also do the unthinkable in liberal Gotham: accuse the Black community of violating the civil rights of a 29-year-old white scholar.

Primed by politicians, the press corps were on a mission to break the Australian whom they had assumed would be as clueless and inept in English as other chassidim and chareidim they had encountered – just easier prey as he was a foreigner. Those in the Dinkins administration, apprehensive about the Lubavitch community’s calls for an investigation, thought that they had hit the jackpot when they learned that a Lubavitcher from Australia would be the point man; the nerd’s acclimation would begin when he met the press.

Norman Rosenbaum began the press conference by stating, in his peculiar Melbournian accent, that he was in New York as a representative of his family to ensure that everyone responsible for his brother’s murder would feel the full weight of the law. He did not get much further before the media began their assault.

“How long are you here for?” (A question he was asked twice.)

“But you are a law professor – how long of an absence can you justify?”

“I’ll get people to cover for me.”

“Do you realize that this can be very expensive?”

“Haven’t you heard?” Norman dead-panned to a very disappointed audience, “I’m independently wealthy, and money is no object.”

“Why do you seek revenge?”

“What do you think about the African-American community?”

“I have no thoughts.”

“But they murdered your brother.”

“A ‘murderer’ murdered my brother, not the African-American community.”

The reporters were disillusioned by their inability to crack Rosenbaum and his declaration, “Nobody murders my brother and gets away with it!” This was not going to go down well with City Hall.

The press conference, and how Rosenbaum handled it, demonstrated – to the relief of New York’s (religious) Jewish community’s leadership – that Norman Rosenbaum was nobody’s fool. He was competent, articulate, and committed to his mission. It also revealed that despite the prodding of a disingenuous press, Rosenbaum would not stoop to further deteriorate the relations between the black and Jewish communities. Nothing he would say would encourage violence or vigilantism.

Rosenbaum met with Mayor Dinkins and the Brooklyn DA and was appalled at how inept the investigation had been. Norman Rosenbaum was the former federal tax prosecutor for Australia and also chaired the country’s fiscal intelligence, but one didn’t need his investigative background to recognize the outrageous incompetence of the NYPD, Brooklyn DA, and the Justice Department. Investigation 101 mandates that you gather all of the evidence and subpoena footage. None of this had been done.

Something was alarmingly askew as to how the investigation was being handled. Because of the total dearth of evidence, Sherlock Rosenbaum ended up going from door to door in the black neighborhoods of Crown Heights asking questions, speaking to people – some of whom were very sympathetic (and plenty who were not) – and gathering more information from his own footwork and detective work than the NYPD possessed.

But uncovering evidence that the police preferred to cover up would not advance his investigation. Wherever he went, Rosenbaum encountered obstructionism. Up against a wall, he required assistance to scale it.

Thanks to Norman Rosenbaum’s insistence, his brother’s murderer would face trial. To be reported in our forthcoming column, please G-d. 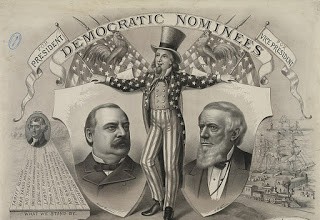 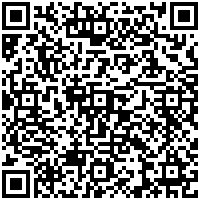