On August 19, 1991, a car in the motorcade escorting the Lubavitcher Rebbe accidentally killed a seven-year-old boy from the Caribbean-American section of Crown Heights. Rabble-rousers seized on the opportunity and incited the ever-growing mobs to kill Jews in revenge.


Yankel Rosenbaum was a history scholar from Melbourne, Australia, conducting research for his doctorate in New York. He spent his days scouring the archives in Manhattan and would return late at night to Crown Heights where he had an apartment. Yankel had arranged for a haircut at 11 p.m. on Monday, the 19th of August with a Lubavitch student who moonlighted as a barber.

Yankel was on his way to the haircut when he encountered a mob that had just found what they were searching for. “There’s a Jew. Let’s kill the Jew!” announced a scout, and 400-odd hoodlums set off after their prey.

The gang grabbed Yankel Rosenbaum and began striking him against the fence of the St. Marks School, readily observed by sidelining cops sworn to uphold law and order. As the police refrained from protecting him, the victim began implementing some desperate self-defense – thoroughly ineffectual against a violent throng but significantly painful to those closest to Yankel, who was 6’5” and a black belt in karate.

If the odds were not uneven enough, Lemrick Nelson pulled a knife and impaled the pummeled victim. Only then did the police see fit to move in, causing the mob to disperse in search of other targets.

The police began to round up suspects and brought them over to Yankel to ID. He had been deeply stabbed four times, three in the chest, but he was still alert. With pensive sobriety he pointed, “him,” “not him.” When Lemrick Nelson was brought before him, Yankel mustered the strength to sit up and erupt, “You lowlife, why did you stab me? I did not do anything to you!”

Nelson’s pocket contained a bloody switchblade with the word “killer” inscribed on the handle. In that same pants pocket were three bloodstained one-dollar bills. The bloodstains were consistent with Rosenbaum’s blood type but not Nelson’s.

Rosenbaum was brought to The Kings County Hospital emergency room at 11:38 p.m. Any triage system would have afforded him immediate attention, yet until 1:05 a.m. he was not even examined. His vitals were never taken, and although an x-ray was ordered, for some inexplicable reason it was recalled. Two of his stab wounds were treated, but the third was neglected, causing Yankel to bleed to death.

The Rosenbaum family was forced to make hasty arrangements for burial to conform with halachah, not fear over Sharpton’s outrageous threat to kidnap the body until Lifsh, the man who had driven the car that had killed seven-year-old Gavin Cato, was handed over. The ideal routing for the cortège would have been a direct Continental flight from Newark to Australia. However, Continental Airlines would not accept this fare for fear of Sharpton and his gang.

Continental wasn’t the only one taking precautions. The police escorted the body to JFK International Airport with snipers above rooftops, helicopters in the air, and a convoy of motorcyclists and squad cars. Images of the funeral led off the evening news that night and were splashed across newspapers from the New York Times to local syndicates.

The body was flown to Los Angeles, where it boarded a Qantas flight to Melbourne. The burial took place in Melbourne at 1 p.m. on Friday, August 23rd in the pouring rain.

The riots began Monday night, August 19, 1991. On Tuesday night the riots were still in full swing, indeed intensifying, with African-Americans from outside the neighborhood joining the insurgence. The Jews of Crown Heights were overwhelmed with fear. They placed nearly 800 panicked 911 emergency calls, and the numbers would surely have been higher, but the community realized that the police were totally unresponsive.

On Wednesday, August 21st at 3 in the afternoon, Al Sharpton and Sonny Carson led a march over 400-strong to Lubavitch headquarters at 770 Eastern Parkway. This had all the potential of a street battle, with the police – based on recent history – playing the role of spectators. Waves of heavy stones were pelted, and the chassidim cooped up within were anxious to counter the assault on their synagogue. Ultimately, they heeded the directive of their leaders, and the Lubavitcher Rebbe himself commented, “This is not our war to fight.” As the mob had the street to themselves, they hurled rocks and bottles at Lubavitch headquarters, burned an Israeli flag, and yelled ‘Heil, Hitler!’”

The mob did not suffice with just anti-Semitic violence, as the police also received a painful measure of their wrath: Police cars were overturned, others were set on fire, and police officers were wounded from the torrent of rocks, bottles, and even rifle shots.

For three days, police stood helplessly on the sidelines while they were attacked and overrun. Over 150 police officers were injured, 27 vehicles were destroyed, several stores were looted or burned, and 225 cases of robbery and burglary were committed. A pogrom had been unleashed, with Jewish businesses being looted and ransacked. Any Jew who ventured outside was risking his or her life – not that being boarded up and cowering in their homes, easily identifiable by mezuzos affixed to the front doors, was all that much safer.

Phil Caruso, president of the Patrolmen’s Benevolent Association (PBA), had had more than enough; still, the directive of the Police Commissioner, Lee Brown, with the obvious approval of Mayor Dinkins, remained: “Let them vent.” Caruso declared that a policeman takes an oath to put his life on the line to enforce the law and confront danger in the line of duty. But the NYPD was neither sworn nor obliged to be sitting ducks to rioters’ violence. And therefore, if City Hall did not change its policy of tacitly encouraging the riots, he would take his men off the streets.

Prime Minister Yitzchak Shamir called Mayor Dinkins to inquire about the travesties. Dinkins curtly stated that it was a domestic issue and none of Shamir’s business. Shamir replied, “If a Jew is murdered and an Israeli flag is burned, this is very much my business.”

Governor Cuomo insisted that the National Guard be deployed, but Dinkins was adamantly opposed, knowing that this would upset his political base in the African-American community. After Police Commissioner Brown was attacked by the mobs, First Deputy Commissioner Ray Kelley took the helm of the police response with the total backing of the PBA. Thursday morning, August 22nd, a riot that had raged since Monday night was quelled in 20 minutes. A police force of over 1,800 officers, including mounted and motorcycle units, moved in, and 129 arrests later, attacks on people and property were curtailed. Everyone observed how manifestly avoidable the carnage had been.

A pogrom had been conducted against the Jews living in Crown Heights, Brooklyn, and neither the police nor City Hall was willing to assume responsibility. Our forthcoming column will feature how Norman Rosenbaum single-handedly changed this. 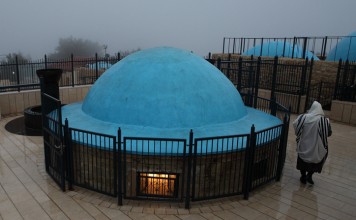 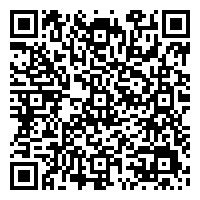