When Herzl launched political Zionism, it was widely embraced by Jewry who viewed it, like its founder, as a solution to an unviable existence. The popularity of Zionism among world Jewry is evidenced by the strategic planning of the British government leading up to the issuance of the Balfour Declaration. I have never uncovered a historian who believed that His Majesty’s government issued the Balfour Declaration because of its pity over the suffering of the Jews and their legitimate rights to their ancient homeland.

On the contrary, Britain had an agenda, and there were numerous factors that made it politically expedient for Britain to issue the declaration. One was its interest in currying the favor of world Jewry in 1917. Britain, as well as France, desperately wanted to keep Russia in World War I for as long as possible and keep Germany occupied on the Russian front. Because of the February Revolution, Russia, involved in a civil war at home, was hardly interested in engaging in a world war simultaneously (admittedly, I am simplifying). Britain also wanted to get America committed to the war as fast as possible.


To achieve these two goals, it was beneficial to leverage Jewry who were assumed to have a powerful role in forming public opinion, if Britain could only soften the Jewish antipathy to Russia which was damaging the Allied war effort both in banking and in the press.

Thus, the real motivator for the British was to win over the Jews, and Zionism seemed like a promising card to play. World Jewry was by and large Zionistically inclined, and in America, Zionism’s strength was only rising.

Staunchly religious Jews, however, viewed matters otherwise. Fundamentally, they felt that it was not their place to come to Israel prior to G-d leading them there. But there were other factors in their rejection as well.

In the early Zionist congresses, the Zionist movement professed to be neutral on matters of religion. But neutrality in halachic matters of religion, as Rabbi Berel Wein points out, automatically means opposition. To declare neutrality regarding the fulfillment of halacha is synonymous with opposing it. A body of divine laws cannot be sideswept in the name of neutrality, any more than a woman going into labor can deny the purpose of her travails.

And whereas political neutrality is often viewed as an expedient method to avoid entering a conflict and sparing a country from the detritus of war, this will not translate in theological dimensions. In other words, to avoid warring Nazis and Allies from entering their country, Sweden and Switzerland could avoid a decision of conscience and profess being neutral. But when it comes to divine authority, “neutrality” can only be interpreted as blasphemous opposition.

But why in fact, asked Dr. Herskovics, can’t you hide from the mitzvah? You may always turn around, or close the shades? He answered that this is precisely what the Torah’s wording is trying to teach. Once you are confronted with a mitzvah situation, there is only one legitimate reaction. Doing nothing is not neutral – it is negative, and thus you are unable to hide.

Rabbi Berel Wein continues, “Zionism became the vehicle that the remnants of the defeated Haskalah movement used to once again mount their attack against Jewish tradition. This time it was done in a much more successful and telling fashion. For basically, Zionism hijacked a religious idea, treasured and preserved by the Jewish people over long millenia of exile. As such, it could prove lethal to the faith of Torah and supremacy of halacha in Jewish life.

“Zionism redefined the Jewish People. It was no longer a people based upon Sinai and revelation, upon Torah and tradition. It was rather to be a people with a shared ‘culture,’ this said culture being non-Jewish in origin and outlook, and dedicated to a goal of nationhood for the sake of nationhood itself.

“Rav Saadyah Gaon’s ancient statement that ‘our people is a nation by virtue of our acceptance of the Torah’ has been the foundation of Jewish life for millenia. Zionism denied this premise. Rather, they believed ‘Our People is a nation because of culture, geography, nationalism, and persecution,’ a new slogan of Zionism.

It was an idea that religious Jewry could not accept. Even the religious Zionist movement never agreed with this philosophy of Zionism, but rather attempted to adopt a pragmatic program of cooperation with the Zionist movement to bring about Jewish statehood and physical security. Many religious Jews shied away from even such a program, seeing only the new philosophy of Zionism, which they regarded as being wrong, dangerous, and ultimately self-destructive.”

A second objection of the religious minority to the Zionist movement resulted from the assimilationist, agnostic backgrounds of its leaders. Could it be that salvation would come to Israel from people who did not eat kosher food, who did not observe the Sabbath, and who were illiterate in Jewish scholarship and the Hebrew language? Not likely, said the leadership of religious Jewry.

The Chovevei Zion movement at least had strong religious and rabbinic leadership involved. The stigma of non-observance caused large numbers of Jews who were pro-Zionist in their love of Eretz Yisrael to turn away from the Zionist movement. The very people who made Zionism appealing to the Enlightenists made it anathema to the masses of pious Jews.

The third factor that caused religious Jewry to reject political Zionism was its unclaimed and unspoken yet nevertheless inherent messianic quality and message. Many looked at the Zionistic movement as a vehicle that would restore the Jewish people to their ancient greatness and fulfill the lofty promises of the prophets. Theodore Herzl was a dynamic, revolutionary, and innovative leader, but he was not, contrary to the view of many downtrodden Jews in the late 1800s, the Messiah. 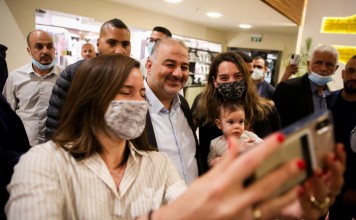 It Happened this Morning 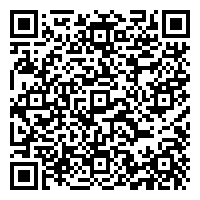