The Senate on Wednesday voted to confirm Dr. Rachel Levine as assistant secretary for health in the Department of Health and Human Services, becoming the first openly transgender federal official to be confirmed by the Senate. The vote was 52-48 in favor, with only two Republicans joining the Democrats to confirm: Sen. Susan Collins of Maine, and Sen. Lisa Murkowski of Alaska.

Levine, 63, transitioned from male to female in 2011. Levine and her ex-wife, Martha Peaslee Levine, divorced in 2013. They have two children, David and Dayna.


Levine was born in Wakefield, Massachusetts, and attended Hebrew school. Levine graduated in 1975 from Belmont Hill School, an independent all-boys high school in the Belmont suburb of Boston. On her 59th birthday, Levine returned to her high school and gave a talk entitled “Eye of the Hurricane,” in which she said that “being in the eye of the hurricane means that you will be calm and centered. Not only calm and centered…but uniquely who you are. You want to be comfortable in your own skin…comfortable in your actions.”

The boys gave Levine a rousing standing ovation at the conclusion of her talk (Dr. Rachel Levine ’75 Offers Timely Message for Students).

In 2015, Levine was appointed Pennsylvania’s Physician General and signed an order that allowed law enforcement officers to carry the anti-overdose medication naloxone, to saving the lives of opioid users who had overdosed.

During her confirmation hearing last month, Levine had a contentious exchange with Senator Rand Paul (R-Ky), who demanded to know if Levine believed minors should be trusted with “such a life-changing decision as changing one’s sex.” The senator compared the reassignment procedure to “genital mutilation.”

Levine replied, “Transgender medicine is a very complex and nuanced field with robust research and standards of care that have been developed and, if I am fortunate enough to be confirmed as the assistant secretary of health, I will look forward to working with you and your office and coming to your office and discussing the particulars of the standards of care for transgender medicine.”

As assistant secretary of health, Dr. Levine will be in charge of the Office of the Surgeon General, the Public Health Service, and offices dealing with vaccine policy, adolescent health, women’s health, minority health, and disease prevention.

“I am honored that the US Senate has voted in favor of my nomination to be Assistant Secretary for Health at the Department of Health and Human Services,” Dr. Levine said in a statement on Thursday morning. “I am grateful to President Biden and Vice President Harris for nominating me to this important post.”

Addressing transgender youth, Dr. Levine said: “I know that each and every day you confront many difficult challenges. Sadly, some of the challenges you face are from people who would seek to use your identity and circumstance as a weapon. It hurts. I know. I cannot promise you that these attacks will immediately cease, but I will do everything I can to support you and advocate for you. President Obama often reminded us that not all progress goes in a straight line. What I can tell you is that there is a place for you in America and in our government. Our ‘more perfect union’ includes you, too.” 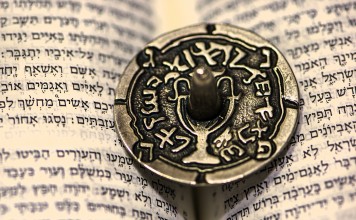 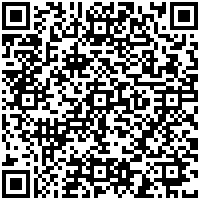