A shop owner nailed a sign above his door: “Puppies for Sale.”

Signs like this always have a way of attracting children, so it was no surprise when a young boy walked into the shop.

“How much are you selling the puppies for?”

The little boy pulled out some change from his pocket and placed it on the counter.

The shop owner smiled and whistled. Five tiny balls of fur came speeding out of the back room, screeching to a halt at the shopkeeper’s feet. But one puppy was lagging behind the pack, limping and slowly making its way to the shopkeeper. The little boy immediately singled out the limping puppy and asked, “What’s wrong with that one?”

The shop owner explained that the veterinarian had examined the newborn puppy and had discovered that it didn’t have a hip socket. Its leg was weak, and it would always limp, it would always be lame.

The little boy smiled and pointed to the puppy. “That’s the one I want to buy.”

The shop owner shook his head. “No, you don’t want to buy that dog. If you really want him, I can just give him to you.”

The little boy went quiet for a moment, looking down at his shoes. But when he looked back up, there was a look of determination in his eyes.

“No, I don’t want you to just give him to me. That little dog is worth every bit as much as any of the other dogs, and I’ll pay full price for him. Here is $2.37, and I’ll give you 50 cents a month until he is fully paid for.”

Unconvinced, the shopkeeper replied, “Trust me, you really don’t want this little dog. He will never be able to run, jump, and play with you like the other puppies.”

To his surprise, the little boy reached down and rolled up his pant leg to reveal a badly twisted, crippled left leg supported by a tall metal brace. He looked up at the shop owner and softly replied, “Well, I don’t run so well myself, and the little puppy will need someone who understands.”

Each individual has their own perception of reality, their own view on religion, and their own ideas about leadership. Every religion as well has its own perceptions and views on these topics, and just as a person’s views serve as a gateway into understanding their inner beliefs and values, a religion’s views serve a window into its inner beliefs and value system. When examining the Jewish approach to leadership, it’s fascinating to note how diametrically opposed Jewish leadership is to other versions of leadership. The Torah states that the Kohen Gadol must be married (Vayikra 21:13). While other religions require spiritual leaders to remain celibate, completely removed from the physical world, Judaism requires the opposite. This seems dangerous, as the temptations of physicality and a physical relationship can distract one from achieving spiritual perfection. Why then do we require our leaders to immerse themselves in something as physical as marriage? Most other religions believe that abstaining from the physical is the sole path toward spirituality. Why and where does our view differ? In order to understand this, we must first understand the nature and role of Kohanim.

There are three categories of Jewish leadership: The Melech (king), the Sanhedrin (courts), and the Kohanim (priests). While all three serve both practical and religious roles, each category maintains its own unique purpose in enabling the Jewish People to connect to Hashem and fulfill their purpose. The Melech serves as an embodiment and manifestation of Hashem in this world, completely negating his ego and serving as a transparent vessel to reveal Hashem in this world. The Sanhedrin uphold Jewish ideals in society, ensuring that the Jewish People live up to their lofty purpose and act in accordance with Torah law. The Kohanim are charged with helping the Jewish People uplift themselves and connect with Hashem.

Chazal refer to the Beis HaMikdash as the “mouth” of the world. This is because each of the three functions of the mouth serve as a mechanism of connection.

So too, the Beis HaMikdash serves as the “mouth” of the world, as it is the focal point where Hashem connects to this physical world.

The Mizbei’ach – the Altar where sacrifices were brought – is referred to as the “shulchan gavo’ah – the high table,” as if this was the table of eating.

The pasuk consistently refers to the korbanos as “korbani lachmi – My bread sacrifice,” as if the sacrifice is a meal.

This also explains why we place salt on the korbanos, something which halachically we do at meals, particularly on Shabbos.

The Kohanim’s role is to foster the connection between Hashem and this world, and between Hashem and the Jewish People. Through their avodah in the Beis HaMikdash, the place of connection, the Kohanim connect the physical to the spiritual and the Jewish People to their Source. This idea is actually expressed in the word “Kohen” itself. The gematria of “kohen” is seventy-five, halfway between seventy and eighty. The Maharal explains that seven is the number of the natural (Tiferes Yisrael, chaps. 1-2, 25); this is why all physical and natural components of this world are built off sevens: seven days in the week, seven notes in the musical scale, seven colors in the spectrum of light, etc. Eight represents going beyond the natural, which is why bris milah is done on the eighth day. We take the most physical and potentially animalistic organ and use it to transcend. This is also why the miracle of Chanukah lasted eight days, and why it came through shemen (oil), the same shoresh (root) as shemona, the number eight. It is therefore no surprise that the gematria of “kohen” is seventy-five, the number directly between seventy and eighty. The Kohen’s role is to connect the lower with the higher, the physical to the spiritual, and the finite to the infinite. This is achieved specifically in the Beis HaMikdash (or Mishkan), the ultimate place of connection.

The Kohen Gadol Must Be Married

We can now understand why the Kohen Gadol must be married. The Kohen Gadol embodies the ultimate paradigm of kehuna; he is the paragon of connecting Klal Yisrael to Hashem, connecting the infinite to the finite. In order to impact others, we must first invest in ourselves. This is why Aharon first brought a korban for himself, and only afterwards brought one for all of Klal Yisrael. In order to help Klal Yisrael connect with Hashem through a korban of connection, he must first ensure that his own personal connection with Hashem is properly established. So too, before helping Klal Yisrael connect with Hashem – a relationship Chazal refer to as a marriage – Aharon had to first develop his own marriage, his own experience of connection and oneness.

Marriage Is the Paradigm of Expanding Your Sense of Self

Marriage is the ultimate opportunity to give ourselves fully over to another person. This is why the Gemara (Kiddushin 41a) presents marriage as the paradigm for fulfilling v’ahavta l’reiacha kamocha (one should love their neighbor as they love themselves). Marriage is the first opportunity we have to completely give ourselves over to someone else. Once we love ourselves, we can expand our sense of self to include our spouse, our family, our friends, our community, and then all of Klal Yisrael. We can then expand outwards even further to connect with all of humanity, the entire world, and eventually the entire universe. Ultimately, we can root ourselves back to the source of all self, i.e., Hashem. And while Hashem is the root of all existence and is therefore the last step in this process, He is also manifest within everything in this world and is therefore present within every stage. The goal, therefore, is to be aware of Hashem within every relationship we build: within ourselves, our friendships, our marriage, and our connection with all of Klal Yisrael.

The Kohen Gadol must first undergo the process of marriage himself, experiencing the transformative effects of an expanded sense of self, before he can then progress to include all of Klal Yisrael within this sense of self. Only once he has achieved this is he ready to help Klal Yisrael build the ultimate connection and “marriage” with Hashem. The Kohen Gadol now understands the meaning of true connection, oneness, and love in his own personal marriage, and through doing so, has can build a deeper love and connection with all of Klal Yisrael as well. Now, he is able to help Klal Yisrael connect with Hashem.

We now come full circle. In Parashas Kedoshim, we read the words: “Kedoshim tihiyu – You shall be holy.” This is not a call to be transcendent, angelic beings – lofty and perfect, completely beyond the struggle innate to the human condition. This is not permission to deny our humanity and restrict our sense of self. This is a calling to be human, to be the ultimate human, to bring transcendence and spirituality into this world. We don’t aim to escape this world; we aim to transform it. Kedusha is not transcendence or escapism but is found in the meeting between the transcendent and the immanent.

The same is true for our spiritual leaders. We don’t seek leaders who transcend human struggle and temptation, who sit on mountaintops meditating on their navels. Our leaders are individuals who embrace the physical, uplift it, and connect it to the infinite. Each of us are leaders in our own way; each of us has a unique mission in this world. May we be inspired to build something powerful, sensational, and transformative within ourselves, and then seek to impact the lives of others with our unique talents, helping to build connection and oneness in this world. 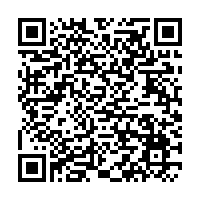