The Givati soldier who was documented telling anarchists last week in Hebron, “Soon Ben Gvir will make order around here, you ate it,” was sentenced to ten days in a military prison, then his sentence was commuted to six days, and the case of his buddy who was recorded losing his cool and punching an anarchist in the same incident is still being investigated, as best I know. Both soldiers were condemned by their commander-in-chief, Lieutenant General Aviv Kochavi, even before any of it had been investigated, which was abominable. Now, two Likud MKs, Miki Zohar and Eli Dallal, are trying to solve a relatively straightforward problem by imposing a draconian law that bans photographing IDF soldiers in action.

I pointed out on Wednesday that a group of progressive women stepped on the freedom of the press in Israel, forcing a Haredi website to apologize for blurring their images in keeping with its policy of modesty (Reform Women Repress Israel’s Freedom of the Press). Now it looks like our friends on the right are just as happy to thwart the same freedom, making all of us look bad in the process.

According to an Im Tirtzu press release I received this morning, the two Likud MKs proposed a bill to prohibit photographing IDF soldiers during their operational activities.

The bill, drafted with assistance from the legal department of Im Tirtzu, states that “whomever videos or takes pictures of soldiers and members of the security forces while performing their duty, as an act of protest with the conscious intent to interfere with the performance of their mission or with the intent to undermine their spirit while performing their mission, shall be punished by imprisonment of up to five years. If there is an intent to harm state security, the punishment will be imprisonment for up to ten years.”

The late Supreme Court Justice Binyamin Halevi wrote in his ruling regarding the Kafar Kassem massacre: “A sign of recognition of an ‘obviously illegal’ command should be displayed as a black flag above the given order, as a warning sign saying: ‘Forbidden!’”

The same goes for a proposed law that tries to protect the image and reputation of IDF soldiers and ends up trashing the life’s blood of Israel’s democracy. This is precisely the kind of bill that our enemies across the aisle have been screaming about – and here come two respected right-wing lawmakers and deliver the nasty goods for them.

The lawmaker I voted for, National Security Minister to be Itamar Ben Gvir, came up with a much more effective and fitting solution that protects our soldiers and at the same time enhances Israeli sovereignty in the liberated territories: stop sticking inexperienced soldiers with complex missions that require specialized training and maturity. Let the IDF continue arresting terrorists, while the sensitive junctions in the Arab cities will be manned (and womanned) by the Border Police. And if the anarchists want to film our Border Police officers, let them. Folks abroad are used to anarchists getting what they deserve from the police.

The Zohar-Dallal bill completes the nightmare solution by punishing “whomever publicly distributes such photographic content, including through social networks and the established media to discredit and/or undermine the morale of Israeli soldiers and the security forces.” They “shall be punished by imprisonment of up to five years; intending to harm the security of the state, shall be punished with imprisonment of up to ten years.”

One of the most wonderful things about Israeli democracy is that it is big enough and strong enough to absorb these punches, because the reward to all of us is, you know, living in a democracy. This attempt to remove the inconvenience of offensive coverage in Al Jazeera and The Guardian by eliminating a prime chunk of our democracy is unwise (I’m trying to be polite here). 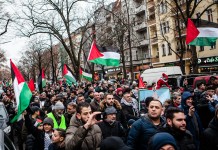 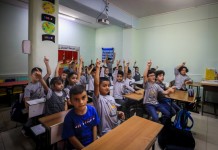 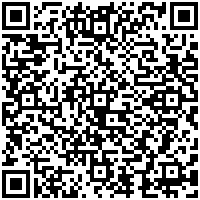