We all lead such busy lives nowadays that many people who have full time jobs find it difficult to get to a regular daf yomi shiur even though the excitement of all the Siyumei haShas this year has sparked a new wave of interest in joining this amazing ongoing project.

Everybody’s doing it, the mantra seems to go, and if they can, why can’t I? Because of this, some of the people giving the shiurim are trying to accommodate those who can’t find the hour or so every day for the full shiur. So they now also give a shorter shiur with the summary of the main points of that day’s daf. This is also a great help for those who want to review and refresh their memories about what they learned the day before.


One of these is the “8-Minute Daf” shiur given by Rav Eli Stefansky of Beit Shemesh. It was originally started as a way for those who attend his regular daily shiur to review what they learned the previous day, but it also serves as the shiur itself to some people who don’t have time to attend a full shiur. Its big advantage is that it is accessible both live online and also via WhatsApp, so you can watch and learn at any time of the day or night – whenever it suits you and wherever in the world you live.

One of the many beneficiaries of the “8-Minute Daf” is Yaacov of Manchester, UK, who watches the shiur every day and was amazed by the hashgacha pratis he recently experienced. His grandfather was niftar last year, and Yaacov committed to learn Maseches Moed for the shloshim. However, he admits that it was difficult for him to get it finished in time and he ended up really rushing through it and not giving the learning the time and attention it needed and deserved. He decided after Yom Kippur that he would start learning the masechta again at an easier pace in time for his grandfather’s yahrzeit. He began learning about six mishnayos a day.

He was in the middle of Pesachim when he got really stuck on one of the mishnayos. He reread it time and time again, but finally decided he’d just have to accept that he didn’t understand it and move on.

The following day he was listening to his regular “8-Minute Daf” – and the exact mishna he had gotten stuck on was referenced in that day’s shiur. Rav Stefansky went through it and offered some very clear explanations. As Yaacov said, “Had I started re-learning Moed just one day earlier or later, or done it at a different pace, this ‘coincidence’ would not have been. I was quite taken aback.”

He also experienced another “coincidence” in learning daf yomi. “I was behind two daf from last week and was going to do the ones I had missed this morning and then catch up during the week. I had a business meeting which got cancelled at 9 a.m., so I just went through to today’s daf as well. Had I not done so, I almost certainly wouldn’t have remembered the mishna from today in two or three days time, as it was discussed in today’s daf.”

When he emailed me his story he ended with “Was this a sign from Above?” I certainly have no doubt that it was, and I am sure that both Yaacov and Rav Stefansky have a part in the aliyas neshama of Yaacov’s grandfather, Pinchas Moshe ben Mordechai, whose yahrzeit falls on 1 Adar. May his memory be for a blessing. 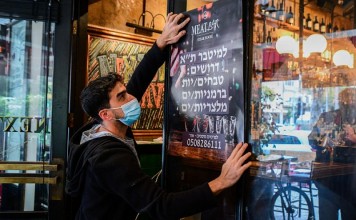 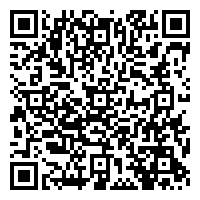