Shalom was the gabbai/shamash/lay-manager of a shul in Jerusalem. Among his many duties which he did with love and devotion, was disbursing the tzedaka funds that the shul received. But he didn’t just disburse it, he also raised a lot of it as well, spending many hours contacting members, past members, visitors who had passed through in an attempt to raise money for the many needy people who came to the shul hoping to get help to put food on the table.

Bu he also loved meeting everyone who popped into the shul while visiting Jerusalem and was always looking to see if there was anyone who needed help finding somewhere to sit or the place in the siddur, etc.

One morning he spotted a young man who looked a bit lost and who was obviously trying to find the place in his siddur and Shalom realized he was desperately searching for the page with a transliterated Kaddish. He hurried over to show him the place and stood by him to explain when to say Kaddish throughout the service.

After Shacharit was over, Shalom went into his office and the man followed him.

“I’d like to make a donation to the shul and the tzedaka fund,” he said getting out his check book.

He passed the check to Shalom who glanced at it and was about to thank him….when he looked again. He was used to seeing the number 18 on a check, but it was the number of zeros that followed it that made him gasp.

He thanked the stranger profusely and assured him it would be put to good use. From that day on the young man, a wealthy businessman with offices in New York and Tel Aviv, was a regular donor to their tzedaka fund frequently contacting Shalom to inquire about the shul and the people who receive money to help the buy basic essentials.

During one conversation Shalom asked him if perhaps he had some particular cause he would like to contribute to and he answered that he would be very happy to help out a young couple make a start to their married life; perhaps a couple who were orphans or who came from disadvantaged homes.

Shalom said he would certainly let him know if he heard of such a couple but he had never in fact been approached by anyone in such circumstances. Most of the families he helped were elderly and referred by the local authorities.

When Shalom continued his story tears were already forming in his eyes.

“You won’t believe this but the following day a young woman came into my office. She asked if there was any chance of receiving something from our tzedaka fund. When I asked her why she said that she was about to get married but she was estranged from her parents and her chattan also had no money for even a small basic wedding. She said she would be very grateful for any small amount we could give them.”

Shalom could barely believe the siyata dishmaya. He told her to return the following day and he would try and get some money to help her. Shalom did some background checks on the young woman’s story as anyone who deals with public funds needs to do. When he was satisfied that her story was true he called his friend in New York and told him how Hashem had sent just the person he was looking to help. And he asked him what he would like him to do.

He told Shalom to ask the young woman how much a simple but dignified wedding would cost and also basic furniture. When he received the reply he transferred the exact amount for Shalom to give to the young couple. But they were never to know who it was from.

Since then he has followed the couple’s journey through parenthood frequently sending them help through Shalom. And Shalom has been the sandek at their son’s bris milah in gratitude for his help which he always explains was not from him but he was just privileged to be the shaliach.

While this is of course true, nevertheless it was Shalom’s helping an unknown young man at a time when he was most vulnerable that led to this wonderful chain of events. 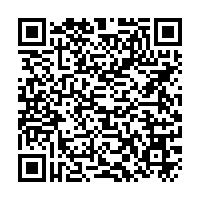