“The lives of LGBTQ young people on the Palestinian streets, and especially in Gaza, are hell,” Ahmad, a 27-year-old from Gaza, a gay man who conceals his orientation and any sign that might identify him, told TPS.

Ahmed, a resident of a neighborhood near Gaza City, told TPS in a phone call, after promising to hide his identity, that “here in Gaza under Hamas rule, it is better for you to convert to Judaism and leave Islam and even better to be perceived as a spy for the Israeli Shin Bet and not declare your gay. Hamas may hang you from the lower part of your body.”

Young members of the PA Arab LGBTQ community testified that many of them are subjected to severe punishment even within their families. One of the shocking phenomena is damage to the various organs of the body, as a step of threatening to damage their genitals as well, all with the aim of redeeming them “from the disease” that has infected them.

However, gay rights are not protected in either the PA or the Gaza Strip, and there is no specific civil rights legislation in the PA that protects LGBTQ people from discrimination or harassment.

In Gaza, under Hamas, which has already introduced Muslim Sharia law into the judiciary, the situation of young gay people is even more difficult. In 2016, members of the Hamas military wing killed one of their comrades, Muhammad Shtiwi, after it was discovered that he was gay.

In Arab society, according to data published by the Arab LGBTQ community in eastern Jerusalem, there is a very high suicide rate among young LGBTQ people, compared to western societies.

The Al Kos (“The Rainbow”) Club for Gay people in eastern Jerusalem also reported that young LGBT people are being subjected to cybercrime, which, among other things, harms children and adolescents.

A number of LGBTQ Palestinian Arab Facebook pages operate openly. Many young people write on these Facebook pages under a false identity and hide behind various nicknames and Israeli names to conceal their identities.

Many young PA Arab members of the LGBTQ community have moved abroad or to Israel for fear of their lives in the PA or the Gaza Strip.

Anwar, whose full name is withheld due to safety concerns, was a resident of Hebron who recently moved to Canada due to the fear of terrorism against gays in PA Arab society. Two years ago, when he was only 17, Anwar was forced to leave his home after his family learned that he was gay. A laptop left on his desk revealed his secrets.

Anwar initially moved to Be’er Sheva, where he stayed illegally with his friend, an IDF soldier. He later moved to Tel Aviv and found refuge in the Beit Dror LGBTQ shelter, but one of the family members located him in the shelter, and made threatening phone calls, which led the directors of Beit Dror to transfer Anwar to another shelter in Haifa. When the shelter closed, Anwar returned to Tel Aviv and recently moved to Canada.

“Today I am happy in the new place but the connection with my family has been severed … I have already started working and was even issued a driver’s license and I am improving my life,” Anwar said in a phone call from Canada with TPS.

Anwar says that already at the school in Hebron, his friends severed ties with him after he showed affection for other boys.

“My whole past has been completely erased just because I’m gay but in Haifa, I learned that Israelis are more comfortable and tolerant people and they also taught me to think positively. The social worker who volunteered to accompany me restored my trust in human beings,” he shared, adding that “unlike Israel, the lives of gays in Arab society are a real hell.”

The LGBTQ PA Arabs do not always manage to escape the violence against them. A Pa Arab boy, who found refuge in one of the LGBT clubs in Tel Aviv, was stabbed two years ago by his cousin, who hunted him down to “remove the shame and disgrace from the family.”

The Israeli government informed the High Court of Justice on Sunday that the permit issued for “welfare reasons,” allowing residence in Israel due to threats, including for PA Arabs from the LGBTQ community, will now include the option of working in Israel. The permits will be temporary until a permanent solution is found in the region or in another country. The permit will not be limited to certain industries.

​Similarly, the Knesset’s Special Committee on Foreign Workers discussed on Monday the need to issue work permits to PA Arab members of the LGBTQ community who have been persecuted in the PA.

A PA Arab who fled the PA to Israel told the committee that he was “filmed in the act, and the footage was delivered to my family, which beat me and acted violently towards me. I was hospitalized for three months as a result. I became depressed and started drinking. I can’t keep a job because I do not get a pay slip and work without any terms of employment.”

Another PA Arab who fled to Israel shared that his family “tried to kill me. When I arrived in Tel Aviv, I lived on the streets for a few days until I arrived at the Pink Roof shelter. I want to lead a normal life, but it is impossible to do without medical insurance, a bank account, or an official certificate.” The new government decision changed this. 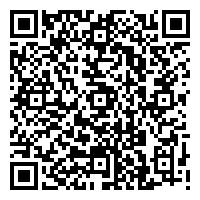