Last week, we took the kids out to see the recently-discovered Neowise Comet. According to astronomers, this comet only passes close enough to be seen on Earth once every 6,000 years. Since the world is less than 6,000 years old, this really was the only opportunity for the family to see this manifestation of nifla’ot ha’boreh.

The kids were extremely excited because they have been mostly cooped up since March. We figured the coronavirus wouldn’t be lurking on a hiking trail in a deserted area far from civilization, so it would be safe to take them.


We ate an early dinner since we had to drive 45 minutes to get to the designated area and we wanted to get there with enough light to set up the telescope and camera with the special lens that my husband wanted to use. We packed all the necessary equipment. We made sure to wear appropriate hiking shoes and checked to see which bracha to make when sighting a comet (“o’seh ma’a’seh b’reishit”).

The one thing we forgot, and only remembered once we were on the road and it was too late to go back, were the flashlights. We decided to make do with the flashlight function on our cellphones. Since we hadn’t planned on using them, however, we hadn’t charged them ahead of time and discovered that all three of our cellphones were running low on battery power. We resolved to only use them sparingly in order to conserve their power.

It took us longer to get there than we had expected, and when we finally arrived, we saw that the area was quite dark. The farther we went along the trail, the darker it got. It was to our benefit, as the comet would show up better against a dark sky, but it made picking our way along the rocky, hilly terrain tricky, and we were forced to use our cellphone lights almost immediately.

Because it was so dark and late already, after about only 10 minutes or so of walking, my husband declared that he had found the perfect vantage point, and started setting up his equipment. It was a rocky clearing half way up the mountain with a good view of the Big Dipper, and we had heard the comet would be observable in that section of the heavens.

Unfortunately, however, the comet was nowhere to be seen. My husband decided it was too early to see it and that we would wait in the clearing until the proper time. He started making adjustments to the tripod and the lenses, while I stood there with the kids and looked around at the darkened clearing. There wasn’t anything to look at, and they got bored fairly quickly.

My older daughter found a flattish large rock jutting out of the side of the mountain, and sat down on it, and we followed suit, while my husband continued searching for the comet. My younger daughter laid on her back on the rock and looked up at the sky, while her siblings and I sat next to her.

I told my younger daughter to try and count the stars, figuring I could remind her of Hashem’s promise to Avraham Avinu regarding the size of Bnei Yisrael as compared to the stars. She began counting, then suddenly exclaimed excitedly, “I see a star moving!” We all looked up, and sure enough, what looked like a star was moving rapidly among the other stars, until it disappeared.

I wasn’t sure what it was since it was too far away. I remembered that Rashi in his peirush on Shirat Devorah writes about how the stars came down out of their orbits to fight against Sisra and that when Mashiach comes, they will help Bnei Yisrael fight against our enemies. The kids and I continued to scan the skies excitedly, looking for another moving object.

My daughter continued laying on the rock and wanted us to do so as well, but I decided to remain upright and crane my neck to look up at the sky. My other kids didn’t want to lay down flat on the rock either. We saw another such moving object that moved quickly and then disappeared as well.

The entire time we were all on the rock, we were in darkness, since we were trying to conserve the cellphone lights. Besides, there was nothing to see except the night sky, which was easier to see in the dark. In fact, every time my daughter turned on the cellphone light, my husband asked her to turn it off since the radiated light made it more difficult to see the comet.

After a while, my younger daughter got bored laying on the rock and decided she wanted to go exploring. She stood up and turned on my husband’s cellphone flashlight. When she came back and stood over me, she was still holding the brightly lit cellphone. My husband asked her to shut it off and she held the cellphone up attempting to do so.

As she was doing so, she happened to point it at the rock we were sitting on or, more specifically, at the area of the rock right behind me and the other kids. Suddenly she called out, “There’s a scorpion!” We looked in the direction of the light and, sure enough, a poisonous scorpion was on the rock right behind us.

It was less than two inches away from where my younger daughter had been laying on her back, her long hair loose and spread out on the rock. It could easily have reached her and gotten tangled up in her hair, or turned and reached the rest of us who were still sitting right next to it.

We all hastily jumped up from the rock and started thanking Hashem for keeping us safe from this danger. We clearly saw Yad Hashem in what had happened. Hashem made sure that both I and my other children did not feel like laying down next to my daughter even though it would have been easier to look up at the sky from that position. It was also not a coincidence that my daughter didn’t know how to shut off the flashlight function and so shone the light on the rock, so that we could see how Hashem protected us.

We never wound up seeing that comet, but the entire family still learned a valuable lesson about Yad Hashem. Hashem sees everything even if we don’t, and plans events down to the most minute detail. Even though we were so close to danger, we were completely unaware of it until that moment when Hashem opened our eyes so we could see the hashgacha pratit that He granted us.

May Hashem protect Klal Yisroel from all harm, both what we can see and that which only Hashem knows about. 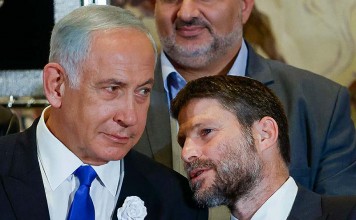 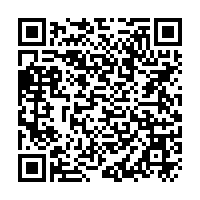