(Name and some details have been changed.)


The sounds of the shofar filled the air. Its loud blast let everyone know that the month of Elul arrived. Shira was excited and fearful. Her thoughts whirled around as scenes flashed before her eyes from the past year.

She became lost in a reverie and almost forgot what a busy day she had ahead of her. As she absentmindedly stirred her coffee, she briefly glanced at the clock and suddenly realized it was getting late. Forcing herself to come back to the mundane, her thoughts moved on to the practicalities of her day. After I daven, I need to pick up the newlyweds and take them to the airport. From there, I have a meeting outside the city.

She finished her drink and left quickly. She was grateful to have avoided heavy traffic. The drive went by swiftly and, before she knew it, they were at the airport.

“Have a nice trip,” she called as she handed them their suitcases. “Enjoy this special week!”

“Thank you very much for your help. It was really nice of you to get up at this time to take us.

“My pleasure. I had to be out of the house early today, so it worked out just fine.”

Waving a quick goodbye, Shira got back into the car and sped off to her conference.

The scenery was beautiful. The city that she lived in was relatively flat, but this drive took her up and down steep hills with luscious, verdant fields and exquisite orchards. She could feel every tension release throughout her body just to be in the presence of this unspoiled landscape.

The ride had put her in a wonderful mood. The morning went well, and she looked forward to grabbing a quick lunch before returning to the main office.

Coasting up and down the hills on the way back, she grew impatient behind a large truck. I think that I had better pass him if I want to get back to the city on time. Let me see if I can do it.

Trying to be careful on the narrow road, she saw that she could change lanes. As she did, her left front tire hit the side of the road.

“Why is the car so hard to drive now? I’d better get out and take a look. Maybe it’s nothing,” she thought, hoping again hope.

“Oh my! I’m in the middle of nowhere. We don’t have towing insurance either. What in the world am I going to do?”

As she pondered this question, she recalled that it was Rosh Chodesh Elul. Hashem is very close to us right now. Maybe He’ll send a few of his angels to help me.

A few minutes later, a truck with landscaping equipment pulled up. Please Hashem, let them be safe people!

“It looks like you have a flat time, ma’am,” the man began.

“Yes, it certainly does,” she replied with apprehension exuding from every pore.

“Let me tell my other truck to stop and then we can change it for you.”

“Really?” she gasped in disbelief. Regaining her composure, she continued, “I’d be happy to compensate you, but I don’t have any money with me.”

“No, that’s not necessary. We’d just like to help.”

Within a few minutes, the second truck pulled up and the men got to work. Wanting to relieve some of the tension that she felt inside, she decided to call her husband.

“Oh, that’s really a shame. Where exactly are you?”

“I’m on that huge hill that is ten minutes out of the city.”

“So, what are you doing right now?”

“You won’t believe it. A landscaping company pulled over and the men are changing the tire.”

“Wow! That’s amazing. Hashem must be looking out for you!”

“He sure is. They’re almost finished, so I’ll talk to you later.”

Turning to the men, she wanted to offer her appreciation once again for their chesed.

“It was very thoughtful of you to help. Thank you so much! I really wish that I could pay you back in some way.”

“No, absolutely not. As I told you before, we don’t need money. Honestly, ma’am, all I want to do is enough good deeds so I can get into heaven.”

His words rang in her ears, catching her completely off-guard. After all, Chodesh Elul is a time of repentance and change. Whether he realized it or not, he was expressing what was in the hearts of Jews all over the world. Little did Shira realize from what seemed to be just an annoying incident that she would get this powerful reminder from a non-Jewish landscaper. 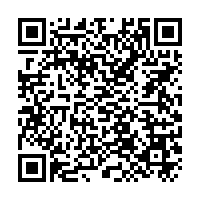